Chiefs engaged in illegal mining must be jailed - Minerals Commission 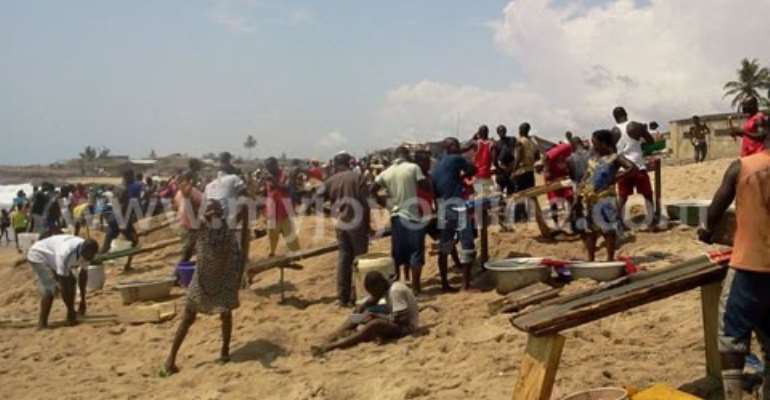 The Chief Inspector of Mines at the Minerals Commission, Inspectorate Division, Stephen Piedu is proposing the prosecution and jailing of chiefs who involved themselves in illegal mining.

He said this is one of the surest ways of dealing with the canker of illegal mining popularly known as galamsey in the country.

Mr. Piedu was speaking to Maxx News after inaugurating a new taskforce in the Western Region to deal with illegal miners.

The thirteen member taskforce which would be coordinated by the Inspectorate Division of the Minerals Commission would be replicated across the country. Membership includes officials of the Sand Winners Association, Minerals Commission staff, police and military personnel.

Mr Stephen Piedu said every effort would be made to sustain the regional taskforce unlike previous ones which collapsed because the various stakeholders failed to play their respective roles diligently.

He said as part of the strategies, the commission will also embark on a campaign in the hinterlands to educate chiefs and district assemblies on how miners could acquire lands legally for their operations and register their activities with the Minerals Commission.

According to him, through an intensive education drive, some miners have legalized their operations in parts of the Central Region, and was hopeful that would soon start in the Western Region.

“We've tried several means to eradicate illegal mining and this led to the creation of the National Security Sub-Committee for lands and natural resources, putting in a lot of money to eradicate illegal mining. But we had several challenges associated with such operations hence the need by the Minerals Commission in collaboration with relevant stakeholders to come up with taskforces in all the regions in order to fight the menace in a more sustainable manner. So this taskforce is going to be based in the Western Region so that at any point in time, they can always be attacking the illegal miners who are at their doorsteps,” he explained.

Mr. Piedu however stated unequivocally that the surest way to wipe out illegal miners was for Government to get tougher on traditional authorities by prosecuting and jailing them.

“In the past, we have said that we respect our chiefs and that they should not be sent to court and jailed. We must start jailing them and some of them have been invited to the National Security. The Asantehene for instance has warned all the chiefs in the Ashanti Region not to involve themselves in illegal mining because now he knows that we are going to prosecute them. We can jail them. That's the way forward,” he stressed.