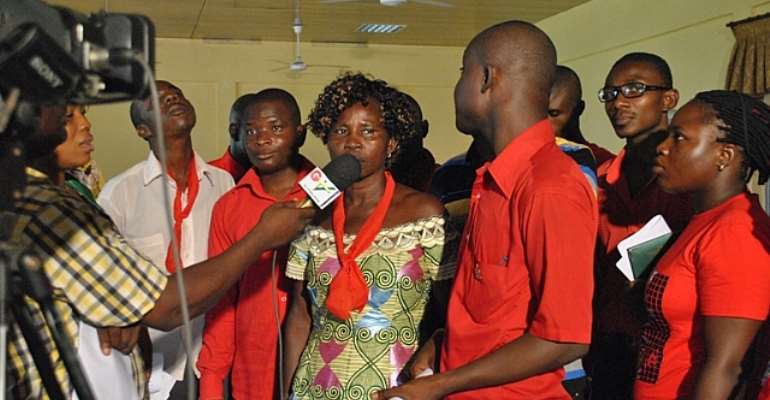 Accra, Jan. 27, GNA - The Greater Accra Regional branch of Ghana National Association of Teachers (GNAT), has threatened to embark on an indefinite strike, if the culprits behind the assault of their colleague are not found.

They have therefore given two weeks ultimatum to the Ghana Police Service to arrest the attackers of the Head teacher of the Duffour Osu-Doku Methodist Basic School, Ms Juliana Teiko Quarshie and other teachers of the academic facility.

The members who expressed displeasure about the poor manner in which the police are handling the incident also registered their discomfort about the rate at which teachers in the rural areas are being attacked.

Mr George Yamoah, Regional Chairman of GNAT who addresses a press conference in Accra on Friday blamed the police for not coming to the aid of the staff of the school on time when they had been notified.

He called for legal action to be taken against those who assaulted the head teacher while an appropriate compensation is given to her and the affected teachers.

Mr Yamoah noted that the action taken by the community was a clear indication that the lives of teachers were not safe at Duffour township.

“We feel that the lives of our teachers are insecure in Duffour Osu-Doku, and are therefore calling on the Inspector General of Police to ensure that perpetrators of the attack are brought to book.”

He expressed the regional branch's support for the closure of the school until the Ghana Education Service and GNAT are sure of the safety of the pupils and teachers.

Giving the fact of the case, Mr Yamoah said on October 2, 2011, a chieftaincy dispute at Kasunya in the Dangme West District of the Greater Accra Region resulted in a mob attack on the teachers of the local D/C Catholic School in the same Osu-Doku area.

“It took the intervention of the Member of Parliament, District Education Officer, GNAT and the community to resolve the issue for teachers to resume work.”

He continued that on January 16, 2012, a mob attacked the head teacher and staff of the Duffour Osu-Doku Methodist Basic School, blaming them for the poor performance of pupils in the Basic Education Certificate Examination.

“The head in particular was dragged and molested right in the presence of the pupils, staff and onlookers.”

He said a similar action was taken by members of the same community against Ms Quarshie's husband when he was the then head teacher of the same school”.

“As an association, we find these mob actions unacceptable and should be condemned by all right –minded...Ghanaians.”