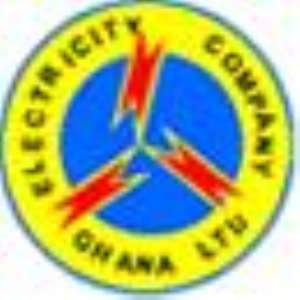 When there is lawlessness in any company, others cash in and take over affairs to do their own thing. Some institutions and individuals have been collecting monies for the ECG, yet some of these cash collections have ended up elsewhere than in the ECG's accounts.

Who pockets this cash? The fact that ECG's services were too erratic and unsatisfactory was something that ran through the course of our investigations. It is this unacceptable service that has perhaps gingered others to 'help' the ECG supply power to consumers. Five entities were caught in our net briskly engaged in the illegal supply of power to homes and businesses. They are;

Having got wind of the nefarious activities of blatant power stealing in Ghana's biggest slum as is the case in many other places, TIGER entered the field as an inhabitant of the area and hired one of the many shacks in the area that did not have power supply.

It was now time to go in search of power supply, first task was to buy cables and wire the single room. These cables were being sold in many kiosks and by table top sellers in the area.

On the big issue of having power connected, TIGER was directed to deal with a group of young men who were in charge of power supply to the area. These men took a connection fee and reminded us of the monthly obligation of bill payment; failure to which we risked been disconnected.

This private ECG Power Station was distributing stolen electrical power at their own fixed prices to homes and to the several businesses littered within the area. Who is watching? We know the ECG knows of such illegalities, what have they done about it? Another big issue we were exposed to was the nature of wiring in the area. It certainly was a risk to inhabitants of Agbogboloshie. Wires crisscross and befriend each other from one pole to the other.

This is a recipe for disaster as it has already led to the many marauding fires gutting the place from time to time, not forgetting the associated loss of property and human lives. The situation in Prampram, is no different from Agbogbloshie, here, an individual; Power Ninja, as we choose to call him, supplied power to individual homes and small scale businesses in the area. At the end of the every month he went round to take monies from people he had supplied power to. One cannot but admit that, he turned out to be more diligent in money collection than the ECG itself!

A resident of Prampram, who spoke to us on condition of anonymity, speaks about the Power Ninja, who had been supplying the area power till he was arrested. According to him, the nature of ECG's bad service was enough justification for the Ninja's actions to be justified.

Since his exit, the ECG has not been able in any way to match the efficiency with which the Power Ninja supplied them power. What did ECG do when this was brought to their knowledge?

What has ECG management at the Head Office done about the entire township of Oshiee in the Bortianor District? Here is a community which has been connected to the national grid for the last six years but has not paid a dime over the 72 months to the ECG.

The Takoradi Air Force Base Military Power Distribution Lords have been helping the ECG in the power supply business for over 7 years without their knowledge. The Air Force in the Western Region; in line with creating a platform for companies to launch their operations due to the oil discovery in the region, had decided aside protecting Ghana's airspace to supply power to 'deserving customers'; most of whom we discovered were expatriate multinational companies.

Some military men allegedly signed juicy deals with some fifteen companies who were using power for free by tapping from the Air Force line. This free consumption of electricity is then billed unto the Ghana Air Force account and the Air Forces power debts are paid by the Ghanaian tax payer through the Consolidated Fund – thus the ordinary Ghanaian who lives on less than a dollar a day, contributes to paying the electricity bills of these rich multinational companies. The companies involved in the Air Force Base Power Station's gratuitous power supply were: Tullow Oil Ghana, Kosmos Energy, Armajaro GH Ltd. Stellar Logistics, WEBB Construction, Mobicrane Ltd. Saltpond Offshore Ltd (SOPCL), PW Ltd, VANCO, Inter Maritime Services, HESS , NHV Aviation, IAS, SAMATEX Timber and Plywood Ltd., Produce Buying Company Already some of these companies are grumbling that they paid a handsome amount of cash to some senior Military personnel as electricity bills, who are these officers? Where are the accounts into which these monies were lodged and who are the signatories to these accounts?

So who took what in the military? Under what agreement is the Ghanaian tax payer being made to pay bills of profitable multinational companies. We discovered that some companies after realizing the abnormality have agreed and settled ECG's estimates on the amount of power consumed over the period. But as always, there are the recalcitrant one's that have refused to pay. They believe they have a right to use power for free for the unsuspecting tax payer to pick up the bill. We gathered that some of the recalcitrant ones refusing to pay with the tacit support of some big men in ECG? The ECG has not paid any informant's fees to the whistleblower, and the Commander who is cooperating with the ECG, is also said to have mysteriously been transferred from the Takoradi Airforce base. At the Broll Ghana Ltd managed Accra Mall, business is brisk, it's all about cash, they are showing that they are more proactive foreign businessmen, they charge their tenants utility bills in dollars though the ECG bills them in cedis. They have their own electricians who would disconnect the tenant if he does not pay, it is not known under which agreement they operate, but it is illegal to charge utility bills and receive payments in dollars or any other foreign currency in Ghana. Perhaps, they believe that they have a right to retail power to the shops on their own terms.

In the case of the 1.6 million revenue collection saga, two fictitious revenue collection agencies; 'SUFFICIENCY FINANCIAL SERVICES & MERCHANT MOBILE MONEY,' the former Board Chairman expatiates further … Who were the people from the Headquarters who sought the release of the suspect and what was their motivation behind it?

According to a senior official at the Accra Office of the World Bank, Sunil Mathrani, one of the things that ECG has suffered from for long, for decades, is the fact that there is a significant amount of electricity which is unaccounted for and which is lost.

“Any power company has this problem anywhere in the world. You have the gap between what you produce and what you sell, which is due to technical reasons, but it's also due to commercial reasons.”

In other words, power theft is rife within the ECG, people not paying their bills, people leaving their premises and disappearing and leaving the bill behind them. There are many reasons – you have a mixture of technical and non-technical loses.

Relative to ECG specifically, these losses are high. They hover around 25%, that is; one (1) out of every four (4) units of electricity doesn't contribute any revenue to ECG. So there're carrying this burden, which they ordinarily transfer to users with tariff increases every now and then.

In Ashanti region, the losses are the worst in all ECGs districts and regions. And that's where there is also [the] probably the largest amount of collusion and theft of power by consumers.

That exists everywhere, but ECG is homing on the Ashanti Region because the problems are very large. It's a very big region, lot of customers and they want to make Ashanti region (kind of) the flagship. If they can succeed in breaking this problem in Ashanti, then they can extend that model to all over their network and all the other parts of the country where they have operations.

Here is what the World Bank thinks can and should be done: an improvement in the whole customer management system, right from metering, billing, the type of meters, payment systems as well as upgrade the network, basically an integrated approach to bettering the lot of consumers and by so doing, improve the revenue inflow of the ECG.

Meanwhile a senior member of policy think tank, Imani Ghana; the managerial reigns of the largest supplier of power, ECG, should be given out on contractual basis.

Kofi Bentil believes only that would result in the much needed improved service on the part of ECG management, especially as he sees the woes of the ailing power supplier as being a cancer of management.

Whiles admitting that his proposal may come across as radical, the renowned policy analyst sees that as a viable option that the country must turn to in search for better service from the ECG.

He further opines that for as long as the leadership – board and management of ECG – remained a political appointment, people put in charge were going to have a hard time doing what they deem fit without interference.

He proposes a five year management contract for an organization to run the power supply of the country, subsequent to which a renewal or abrogation of the contract would be based on their performance over the period.

Bentil is at a loss why ECG should record such high amounts in debts owed it by individuals and even state enterprises. “There is no excuse why ECG lets people owe it to that extent,” he adds that; “the person who has to collect has not shown enough seriousness to collect it.”

On state institutions owing the ECG, he charged ECG to “shut down the lights on anyone that owes them and take legal action,” he is of the opinion that every state institution must either justify why tax payers' money must be used to fund its activities or raise enough revenue to pay for the power they use.

In PHASE 4 of the President's Assignment; we shall take the lid off, the banks and other financial institutions holding ECG monies paid to them by customers, we would also bring the list of top 10 industrial companies owing the ECG. Did you know that the ECG also owes some other institutions?

These and more are lined up in tomorrow's edition of the New Crusading GUIDE. STAY TUNED!