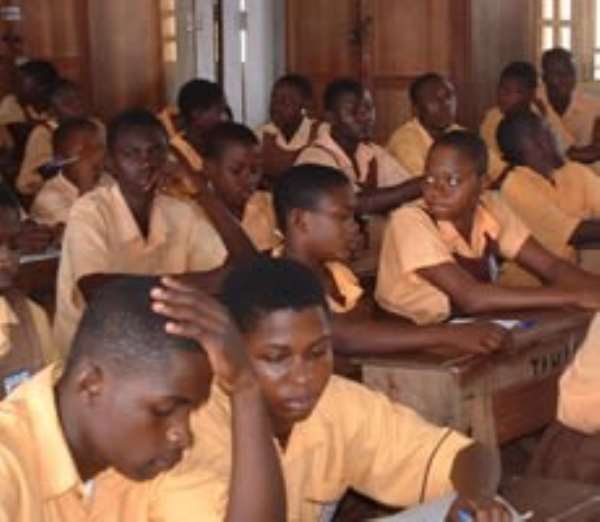 The Sekondi-Takoradi Metropolitan Director of Education (MDE), Nana Kofi Mbeah, has expressed worry over the formation of social c1ubs by some junior high school female students to practice prostitution and other social vices.

He alleged that some of the clubs have been named “Wetlands” and “Blue Girls” and the members operate at a spot called Viena City, a suburb of Takoradi, where they watch pornographic movies and engage adults in illicit sex for money.

He noted that knowledge in Information Communication Technology (ICT) had become relevant; hence, the need for every student to be computer literate.

Papa Owusu Ankomah said he would do everything within his means to ensure that children in his constituency got quality education and access to ICT education.

He appealed to parents to invest in their wards' education instead of spending on frivolous things that would not attract much benefit to them.

The MP expressed his gratitude to the Ministry of Education for providing the computers as part of the government's Basic School Computerisation Programme of ensuring one laptop per child.

He charged the school authorities to take proper care of the computers and report any fault to the rlg Communication sine the government had signed service agreement with the company to repair defective computers.

The head teacher of the school, Ms Mercy Pobee Orleans, received the computers and expressed her appreciation for the ICT tools.