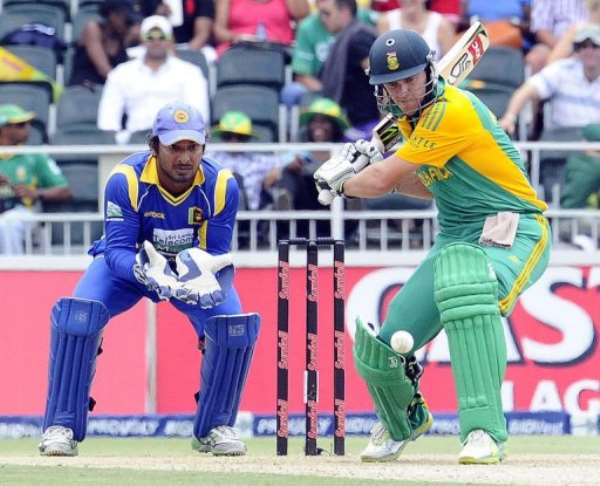 JOHANNESBURG (AFP) - Captain AB de Villiers and predecessor Graeme Smith both scored 125 runs on Sunday as South Africa totalled 312-4 after being put in to bat by Sri Lanka in the fifth one-day international.

De Villiers finished unbeaten after facing 98 deliveries at the Wanderers while Smith received a standing ovation from the sell-out 30,000 crowd after being caught by Dinesh Chandimal off the bowling of Lasith Malinga.

While the Proteas skipper confirmed his position as one of the best stroke players in the world today with 10 fours and four sixes, Smith could not contain his joy as he walked off after a timely ton.

There was a media and public outcry against him just a week ago after innings of six, 28 and two in the first three matches of the series before he stopped the rot with a brisk 68 in Kimberley two days ago.

Smith embroidered his Wanderers innings with nine fours and four sixes off 143 balls during a 203-minute stand and the sun-drenched crowd revelled in his change of fortune.

South Africa lost opener Alviro Petersen (6) with only 10 runs on the board and were 70-2 when Faf du Plessis (24) departed before De Villiers and Smith took charge.

The Proteas stood at 133-2 after 30 overs and a run rate of 4.43 needed improvement on a good batting track, which the captains past and present duly did with 44 runs coming during a power play soon after.

South Africa lead 3-1 in the five-match ODI series after winning the Test battle 2-1 and no Twenty20 fixtures are scheduled.