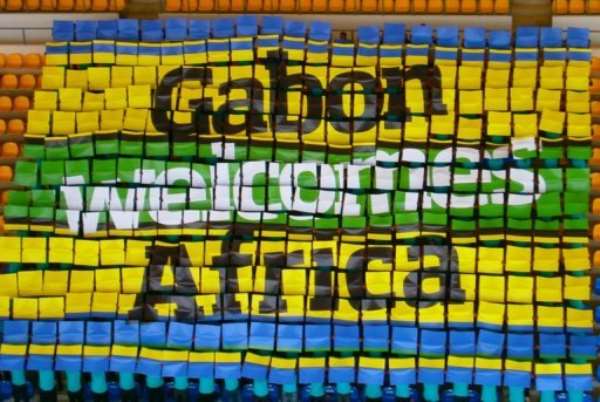 LIBREVILLE (AFP) - For lovers of the beautiful game focus over the next three weeks falls on Gabon and Equatorial Guinea where from Saturday the oil rich neighbours co-host the 28th Africa Cup of Nations.

Like a lord mayor's banquet without the principal guest this feast of football takes place bereft of continental kings Egypt, winners of the last three editions.

In this quartet's absence World Cup quarter-finalists Ghana and Didier Drogba's Ivory Coast are favourites to claim a prize that has alluded both for far too long.

The 2012 Nations Cup cast list is full of surprises, not least Libya, who qualified against the backdrop of the bloody overthrowing of Moamer Kadhafi's regime.

Plaudits too should be flung at Niger and Botswana's feet, these two minnows with Equatorial Guinea taking their place at the high table of African football for the first time.

Gabon and Equatorial Guinea have invested massively in improving or building from scratch stadia, roads and hotels to prepare for their sojourn in the spotlight.

Both nations have met the deadline, but it has been a close run thing - the keys to Gabon's stadium in Franceville were only delivered on Monday.

"For the people of Gabon to win the 'palme d'or' for organising a successful Africa Cup of Nations and for the senior team to emulate the juniors (the title winning under-23 side) and lift the trophy."

Equatorial Guinea get the show on the road against the Libyans in Bata on Saturday with far more than national pride at stake.

The son of the country's autocratic president Teodoro Obiang is offering the players' a stunning $1 million cash incentive to win the Nations Cup curtain raiser, and $20,000 for every goal they score.

President Obiang wants the Nations Cup to serve as a shop window for his country.

"The only reason for winning (the right to host) the Cup is to present the best image of our country, to sell our image," he declared.

Pride, not money, is what is motivating Ghana and Ivory Coast.

Coach Goran Stevanovic says: "We were runners-up at the last Cup of Nations in Angola two years ago and a repeat of what has already been achieved is not good enough."

Ivory Coast have earned the unwanted reputation as 'chokers' after fluffing their lines in the quarter-finals in the last two Cups.

"Our ambition is to improve on two years ago when we were eliminated in the quarter-finals," said Chelsea star Drogba.

"Every time there is an African tournament people tell us that we are favourites to win, but when you look at our trophy cabinet there is nothing there. Absolutely nothing."

A plethora of Premer League stars have answered their countries' call to African arms, often at the frustration of their club managers back in England.

Manchester City are harder hit than most, with coach Roberto Mancini glumly resigned to losing Ivorian brothers Yaya Toure and Kolo Toure at a crucial part of the season.

As well as Tiote Newcastle will miss in-form Demba Ba, the big centre-forward who has scored 15 goals in 19 appearances since his arrival.

If fortune smiles on Ba or new recruit Papiss Demba Cisse's Senegal or Tiote's Ivory Coast and they manage to make it to the February 12 final they can expect a familiar face in the crowd in Libreville.

"The one thing I will do is that if either is in the final I'll be going out to make sure they come home," promised Newcastle manager Alan Pardew.

"They won't be partying for a week after or anything -- they'll definitely see me in the stand if they get to the final."