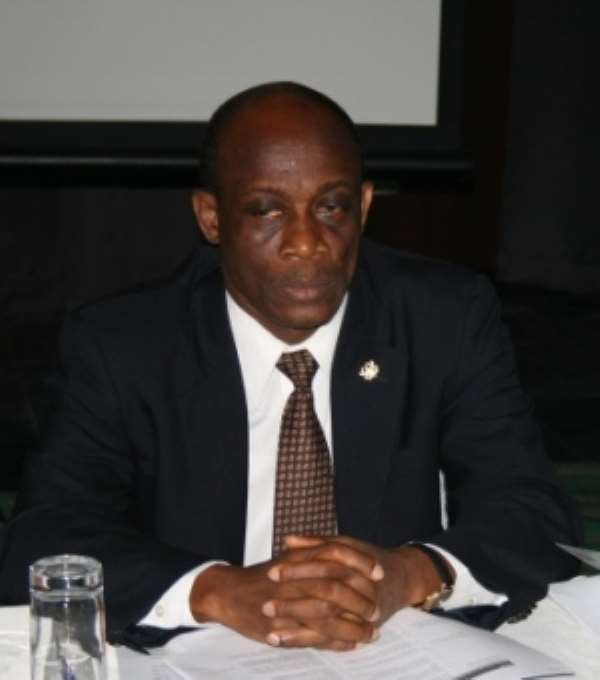 Sunyani (B/A), Jan 19, GNA – The annual national conference of the Controller and Accountant-Generals Department (CAGD) on Wednesday began in Sunyani under the theme: “Achieving Ghana's Developmental Goals - The Role of the Public Accountant”.

The three-day conference with about 380 participants comprising staff of CAGD as well as finance officers of Metropolitan, Municipal and District Assemblies (MMDAs) will provide the platform for the CAGD to assess its performance in the past, consider new policy initiatives and strategize for the years ahead.

Mr. Seth Terkper, a Deputy Minister, Ministry of Finance and Economic Planning (MoFEP), who opened the conference, also launched an accounting manual to ensure proper and efficient financial administration and accountability at the local government level in the country.

“The overriding objective of this manual is to ensure transparency, accountability and consistency in MMDAs business processes. It also seeks to achieve reliability and timeliness of all MMDAs financial reporting”.

The manual, produced by the CAGD in consultation with the Auditor-General's Department specifies which mandatory, standard business processes, procedures and work flows are to be adopted and used and also provide templates for documents and reports.

Mr. Terkper said “a new chart of accounts, which is compliant with Government Finance Statistics (GFS) 2001 manual, has been introduced in the manual to be applied to all accounts and financial reporting nationwide at all levels of government”.

He stressed that the accounting manual had been developed to provide the MMDAs with the framework for business processes, internal controls and standard work flows and staff responsibilities to be followed in conducting their business transactions.

“It is anticipated that MMDAs and other users of this manual would be committed to its implementation in other to achieve the desired objectives of Public Financial Management (PFM),” he added.

The Deputy Minister of Finance announced as part of the reforms to enhance financial management in the country, saying “The government is implementing an Integrated Financial Management Information Systems (GIFMIS) using state-of-the-art technology”.

The primary objective of GIFMIS was to provide a reliable computer-based system for policy analysis, budget development and execution, he stated, adding the system would also provide accurate and up-date information on revenue mobilization, budget allocation, commitment, accounting and reporting.

Mr. Elvis Afriyie Ankrah, Deputy Minister, Ministry of Local Government and Rural Development (MLGRD) noted series of audit qualification and non-standardization of financial and audit reports were among the several challenges that affected the operations of MMDAs.

He observed the pre-requisite conditions expected of all assemblies to qualify for any funding was adequate, accurate and standardized accounting procedures and best practices for all major donor funding.

Mr. Ankrah indicated the publication of the manual “has come as a messiah and would therefore give us all the peace of mind that we need” where no district would have justification whatsoever for non-qualification of donor funding such as the District Development Facility (DDF).

He admitted the manual was not an end in itself and therefore charged all Metropolitan, Municipal and District Chief Executives (MMDCEs), Co-ordinating Directors and Finance Officers to ensure strict compliance with it and other financial legislations for the benefit of Ghanaians.

Mr. Raphael Kwasi Tufuor, the Controller and Accountant-General reminded the conference of their responsibilities as Public Accountants to keep custody, safety and integrity of funds under their care.

He said failure to provide the required efficient and transparent service could lead to fiscal irresponsibility and financial loss to the state.

Mr. Tufuor stated that the country's current democratic dispensation where government business had become a matter of public concern had place an increasing demand for accountability and transparency in the management of public funds.

He said despite the Finance Minister had control over all expenditures emanating from the Consolidated Fund; substantial amount of total government expenditure did go through the Fund and therefore not directly managed by the Minister.

The Accountant-General revealed “the law is silent on which institution should be responsible for the preparation and consolidation of Public Funds Accounts” and therefore suggested the need to consolidate the Public Funds of government.

Mr. Tufuor said currently CAGD prepared the accounts on Consolidated Funds without including other public funds because it did not have the mandate to so.

He explained that the situation made it difficult for the Finance Minister and the government to determine the fiscal position of the country at any particular point in time.

The Accountant-General noted that because the Finance Minister had no oversight control in terms disbursement of public funds like the Consolidated and donor funds, the difficulty arose “when it comes to accounting for them”.