WHO IS THE CURRENT ENEMY? 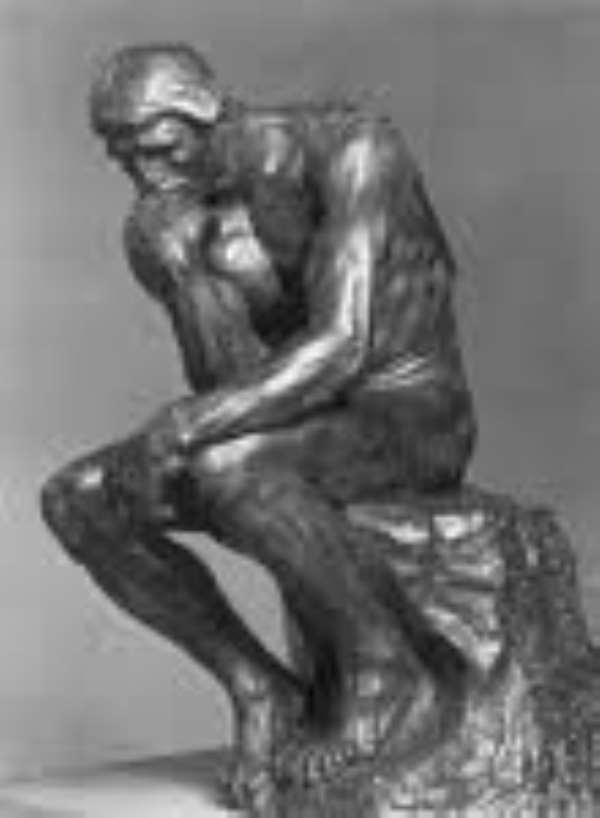 “Enemies are not God”, so says the inscription on a very popular food joint situated at the taxi rank near the main traffic light around the Ghana National Fire Service station in Ashaiman. I remember the ever inviting aroma that fills the atmosphere around this area. Yeah, that was during my primary school days. Buddy, guess what? It was a great moment for me (and hey! not only I but my friends too!) anytime we were sent to buy food from this joint. It wasn't just because we may have the opportunity to eat the leftover of this lifetime rice but because we will have the chance to “taste” the aroma of this 'jorming' food.

Standing in the midst of his fellow freedom fighters during the All African People's Conference in 1958, the man, Dr. Kwame Nkrumah, who has been regarded, though arguably, as wiser than almost all his cohorts, asked his comrades, “Who is the enemy?” As expected, the conference room was almost like a graveyard when this question was asked. I guess the participants were uncertain what their champion was aiming at hence kept quiet. Then the speaker answered his own question: the enemy is imperialism. Thunderous applause and shouts exploded to this answer. I cannot but agree with the legend and all his compatriots that the greatest enemy at that moment was imperialism and colonialism in all its forms.

Today, there hardly goes a discussion about the underdevelopment of Ghana (and Africa at large) without mentioning colonialism and imperialism being the strongest monster that has haunted us and continue to do so. Some few days ago, I had a chat with some Norwegians. During the discussion, two of them also did not hesitate to mention this same monster - colonialism and imperialism – to be responsible for Ghana's (Africa's) underdevelopment. Hmmmm!

I absolutely agree that colonialism and imperialism has had immense negative consequences on Ghana and Africa as a whole. It has brought untold hardships and difficult-to-forget events in many spheres of our national life. The demarcation of unimaginable boundaries in some cases during the balkanisation or struggle for Africa is one such example that has had negatively gargantuan effect on our Continent. As much as I acknowledge the negative impacts our association with our colonial masters has had on our national life, I think it is just fair to also say that there has been some excellent positive stuff worthy of commendation. I guess you will agree with me that this relationship has brought unprecedented improvement in the sector of education among other equally important arenas of our collective existence.

Without the peculiar case of South Africa (apartheid system), most part of Africa had independence and thereupon attained republican status for more than four decades ago. For instance, the beacon of hope of south Sahara Africa, Ghana, will in some few weeks celebrate her 55th birthday as an independent nation. That which is worth pondering over more than anything else is how far have we come as an independent state especially understanding and accepting the fact that we had poor and unacceptable standard of living during those era of colonial dependence? This state of mind that we were not doing well under colonial rule alone is more than enough a strength to marshal us into greatness. Think about this.

Certainly, I must admit we have achieved some level of success in some arena of our national life at one point or the other during these years of existence as a free nation. I cannot forget about Ghana being the most democratic country in Africa and well respected across the world in this regard. In doing so, I must emphatically state that despite this achievement, we have not done well with what we have. Yes, we have not. Remember, the motto of the premier hall of the premier varsity in Ghana says “Cui Datum” which is interpreted as 'to whom much is given, much is deserved'. Again, I remember very well when I challenged my English teacher in JHS about a mark he gave me in an essay exercise. Recognising that I did much in the essay but the mark obtained did not meet my expectation, I approached him for some comments on the mark he awarded me. To my surprise, he also shared the same view as mine that my essay was a splendid one. However, he did not end there. “If any other student has written such an essay, s/he will get more than you had”, he said. Contrary to my initial thought that he dislike me, he explained further that he believes and knows that I have more than that to offer hence he expects me to do more as against another student who may do a similar work but that might be his/her maximum potential. Do you get it? We have achieved certain feats but we can still do more and better.

Will someone convince me beyond any reasonable doubt the effect of colonialism and imperialism on the greedy, negative and retrogressive behaviour of some of our leaders in Ghana or Africa? Which colonial master has taught us to be exhibiting this high level of selfishness and greediness that mark the character of some of our leaders especially the political leaders? I guess the 'greediness theory' ought to be published and popularised, maybe by me, come some day! Is it not sheer senselessness to say that the current pretty severe harmattan wind blowing across Ghana is introduced by the president just as saying that colonialism and imperialism is responsible for the corruption that like madness entangles the leadership of our countries in Africa?

The ongoing brawl on the swapping of cocaine by some official(s) in a state institution(s) in Ghana is an issue worth considering. Despite judgement is yet to be delivered on this issue, available information provided by investigations from different state recognised institutions seems to be pointing to one direction. Has colonialism taught our leaders in public offices how to engage in this self defeating and destructive tendencies? Senseless! May be am just displaying my highest level of ignoramus. Could somebody please bail me out? Looking at all the known and unknown politically or otherwise motivated financial scandals that have been visited on Ghana since the departure of the last colonial master from Ghana (the British) till this day, which of them has any of our colonial masters from the Portuguese through to the Dutch to the British being the suspect or culprit? Are they not all perpetuated by Ghanaians whose placentas are buried in the soil of Ghana? God, save us.

Can anyone tell me why we cannot over the years realise that loyalty and allegiance to that which binds us (Ghana and Africa) rather than that which separate us (ethnic group, religion etc) is what we need to hold on to so as to stay in unity and enhance cohesion among us despite the colonial master has put different tribes and other different people together as one? We continue to pay lip service to the statement that unity is strength while all we do before and after making this precious statement is division inseparable. Is colonialism responsible for preventing us from thinking straight? Are our minds under their (colonial masters') manipulation? Let someone educate me, please!

When our colonial masters and some of our course mates in the faculty of colonisation are vigorously thinking about providing more than the basic amenities of life for their people since these have already been met, we are still in the wilderness of sheer wickedness, cutting-corners, subverting the rules that try to keep us in check and engaging in parochial interests that will line up our pockets with unable-to-mention (too much!) state money. How about the ongoing financial scandal in Ghana? Which of the colonial masters' action or inaction caused it? Indeed, enemies ain't God hence cannot do anything to harm you but they become dangerous and life-threatening when you are seen to be your own enemy.

As said earlier, the assertion by Dr. Nkrumah and his comrades during those times that colonialism and imperialism is the enemy is nothing but the absolute truth. However, should you ask any of them today, I believe that even the most dumb one among them at the time will tell you that it is no more the colonial master and the imperialist and all its new forms but ourselves. Yes, ourselves.

I dare say that our inability to come to terms with the reality that we are our own enemies is that greatest menace that is obstructing our development as a people. My country men and women, we are our own enemies. The enemy is not far from you. It is you. Yes, you. Let us accept this fact, arise, think and change our ways of doing things and we will be great. I hope s/he who calls him/herself a leader in Ghana (Africa) is listening.

Your thought today can make the world better tomorrow. Think about it!