Kwame Danso and the magic of chieftaincy 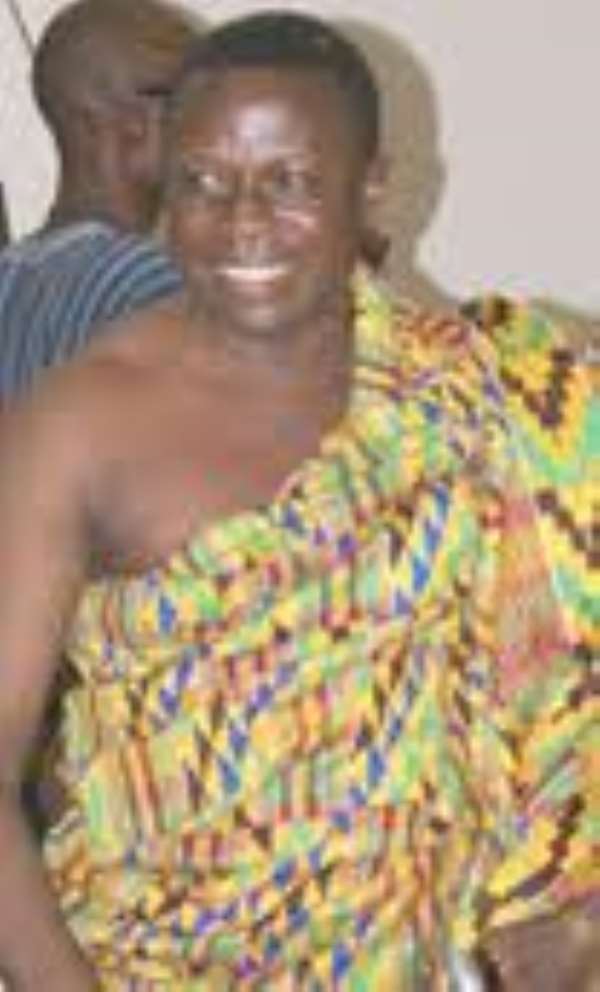 The institution of chieftaincy may be deemed regressive and even obsolete by those Afropeans and clinically alienated Africans who equate the colonial heritage of the patronage post of the District Chief Executive (DCE) with modernity.

But in the practical playbook of the youths of Kwame Danso, it is the institution of chieftaincy and the position of the chief/monarch that afford the requisite direction and agenda-setting mode of rural development.

And for those of our readers who may not know this, Kwame Danso, which is also the name of a dear, kind and progressive cousin of mine from Akyem-Asiakwa (actually, my Accra-resident mechanic cousin is Kwabena Danso) is also the name of a town in the Sene district of the Brong-Ahafo Region.

For nearly 16 years now, we are told, Kwame Danso has gone without a chief since the last one died in 1996. And all this while, some progressive youths among the townsfolk have been agitating for a replacement of their deceased chief.

They have also witnessed with desperation and anger as two pretenders to the royal stool, a Dr. Nabbi Donkor and Mr. Akwasi Donkor, intensely locked horns in an epic and seemingly endless, and senseless, legal battle while vital affairs of the township literally ground to a screeching halt.

And so on January 4 instant, some of the town's youthful men folk who could not contain their anger and frustration over the drawn-out chieftaincy dispute any longer, literally, took matters into their own hands by storming and vandalizing the homestead of Nana Yaw Owusu, the acting president of the Kwame Danso Traditional Council, whom they apparently faulted for having played no mean role in the protracted process militating against the timely appointment of a new paramount chief for the township.

The confrontation of the town's youth would culminate in the deaths of two of these young men and a police officer, Mr. Felix Dankwa, who had desperately, albeit evidently rather clumsily, attempted to let sanity prevail.

Needless to say, while the ensuing tragic events ought to be lamented and even bitterly condemned, still, what makes this episode even more untenably perplexing is the fact that for nearly two decades, the august Brong-Ahafo House of Chiefs does not appear to have had the leadership vacuum among the good people of Kwame Danso on its agenda of priority issues.

In quite a number of similar instances in the past, regents have been appointed to bridge the vacuum, so it is not clear precisely what prevented Nana Yaw Owusu, the president of the Kwame Danso Traditional Council and his associates from appointing an interim chief or regent for purposes of ensuring leadership continuity, until such time that a substantive chief was appointed.

At the time of this writing (January 7, 2012), the police were reported to be going from house to house, rounding up any young men who could be found (most of them having already fled the town), and arbitrarily detaining them for questioning.

The need to bring justice to any of the youths who may directly have been involved in the carnage cannot be gainsaid, nonetheless, the imperative need to finding a lasting solution to the Kwame Danso tragedy, as well as such other potentially fatal episodes across the country, is what ought to be highlighted more than anything else. For as the title of that fine and slim collection of essays by distinguished Nigerian novelist Chinua Achebe says, 'It Is Still Morning On Creation Day.'