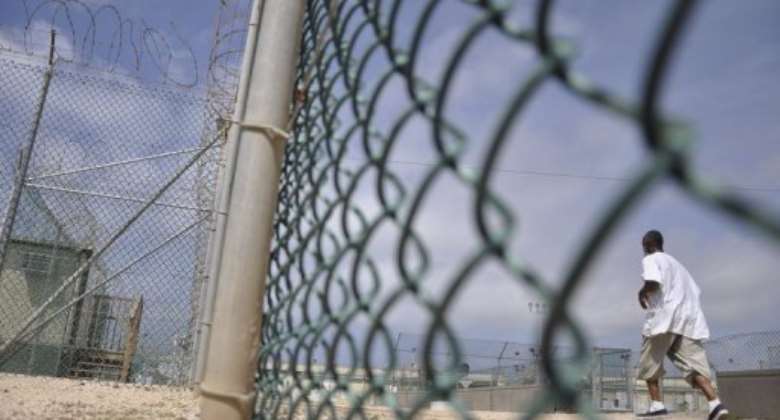 A Guantanamo detainee runs inside an exercise area at the detention facility at Guantanamo Bay. By Michelle Shephard (AFP/POOL/File)

ALGIERS (AFP) - An Algerian court on Monday sentenced a former Guantanamo Bay detainee to three years in jail for membership of an extremist group active overseas.

The prosecution had sought a 10-year prison sentence and a 5,000-euro ($6,330) fine for Nadji Abdelaziz, whose lawyer Hassiba Boumerdassi said she would appeal.

The lawyer said it was an unprecedented ruling in the North African nation.

Despite her claim of a first such ruling, there is one exception -- Ahmed Belbacha who was sentenced in absentia in November 2009 in Algiers to 20 years for "membership of a terrorist group active overseas".

Abdelaziz, 38, was detained in Guantanamo for eight years and sent back home in July 2010. A combat veteran in Chechnya and in Kashmir, disputed by arch-foes India and Pakistan, he lost a leg in a landmine blast in the Himalayan territory.

Between July 2008 and July 2011, 12 Algerians were repatriated from Guantanamo. Five others whom Algiers had said it was ready to take in, have refused to return.