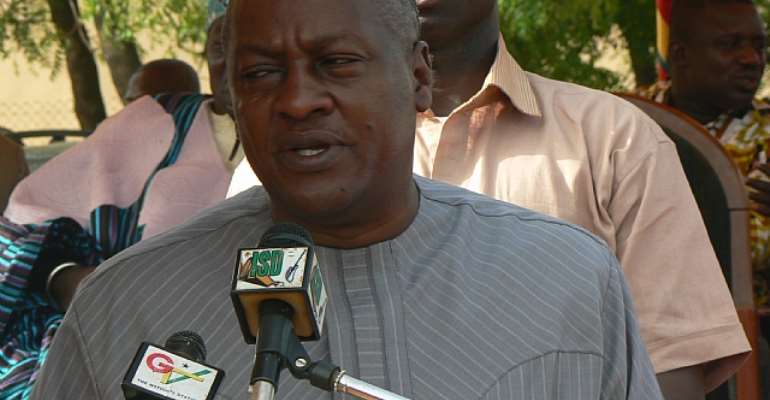 Accra, Jan. 14, GNA - The Government has assured the public that it has put in place a mechanism to ensure that further increases on the world prices of crude oil will not affect fuel prices locally.

to discuss the current economic situation in the country especially the recent fuel price increases.

The statement said the meeting, which was frank and fruitful, discussed the effects of the recent fuel price increase and the reasons that occasioned it.

The statement said Vice President John Dramani Mahama, who chaired the meeting, informed members of some measures that the Government had put in place to reduce the burden on the general public.

These include early payment of workers' salaries for January, 2012, more buses imported to reduce the pressure on transport unions and the clearance of all salary arrears of workers by June this year.

The statement said while sympathizing with government on the current increases in world price of fuel and the huge sums government uses in subsidizing the product, the meeting encouraged Government to do more in cushioning the economic situation in the country.