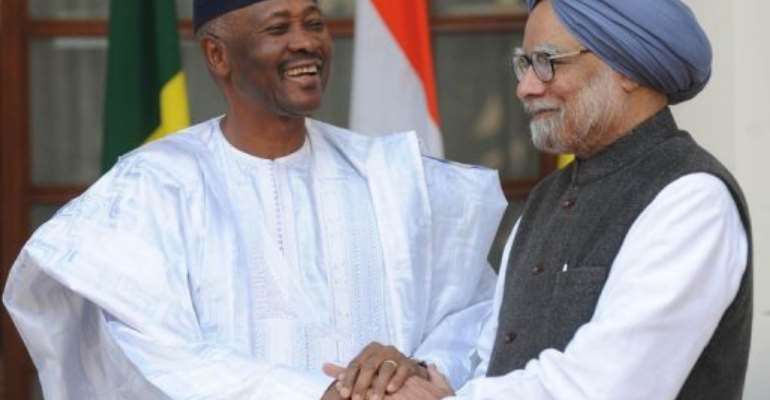 BAMAKO (AFP) - India has extended a $100-million loan to Mali for a power project, while Bamako promised to support the Asian giant's bid for a permanent UN Security Council seat, a statement said.

The joint statement, received by AFP Friday, was issued after a visit to India by Malian President Amadou Toumani Toure on January 11-12.

"The Indian side thanked Mali for its support to India's candidature for permanent membership in an expanded United Nations Security Council," the statement said.

India is on a charm offensive to build good ties with the resource-rich African continent, where its Chinese rival is already heavily involved.

Experts say much of India's strategy in Africa -- made up of 55 countries -- is to muster support for its bid to be granted a permanent seat at the UN Security Council.

The Security Council's five permanent members -- the United States, Britain, France, Russia and China -- have been the same since 1946.

India, which became independent in 1947 and is now the world's largest democracy with a population of 1.2 billion, is currently a non-permanent member.