Independent Sudan paper to shut down 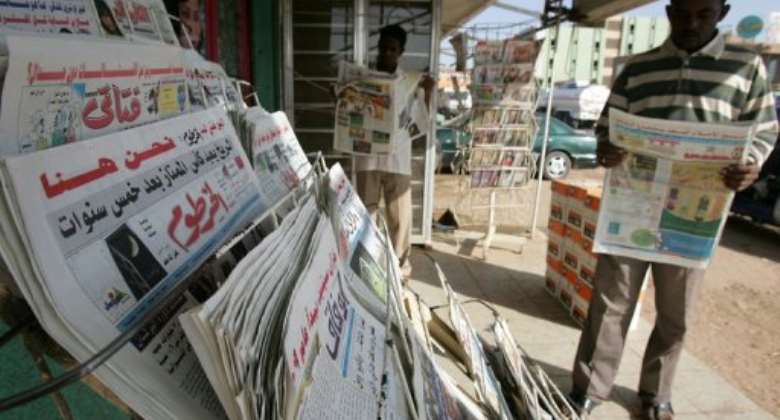 KHARTOUM (AFP) - Sudanese authorities have ordered an independent daily newspaper to suspend publishing, its editor said on Friday, in the latest government action against the press and activists.

Hussein Khogli, editor in chief of Al-Wan, said a senior officer from the security service had called to tell him of the decision, which also requires the seizure of newspaper property.

"I asked them to give me a copy of this resolution but they refused and now they are inside the newspaper taking inventory," Khogli said.

The suspension order came the day after Thursday's edition was blocked from distribution without explanation, the editor added.

Authorities had previously suspended the newspaper between 2008 and 2009.

Earlier in January officials shut down Rai al-Shaab, the newspaper of the opposition Popular Congress Party.

Two French freelance journalists also left the country this month after saying they had been expelled.

Sudan's intelligence service has a reputation for visiting newspapers at night to demand that articles be removed, or barring their distribution altogether.

The latest moves coincide with what the US-based Human Rights Watch called a "recent wave of repression" against Sudanese students, activists and opposition figures.