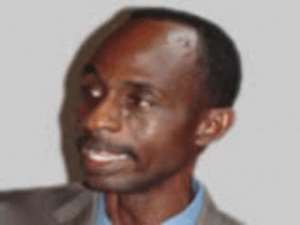 The national executive of the National Democratic Congress is going through a number of petitions filed by individual parliamentary aspirants and concerned party members over the qualification or disqualification of aspirants seeking to represent their constituencies in Parliament during this year’s general elections.

The national vetting is scheduled for January 12 to 14 with the primaries to elect parliamentary candidates fixed for January 21 to 24, this year.

Most of the regional branches of the NDC have completed the vetting of all aspirants vying for parliamentary slots to become the party’s aspiring parliamentary candidates.

Although the regional vetting forms part of the party’s constitutional demands, it is the national executive that has the final authority to give the green light or disqualify any aspirants.

A Deputy General Secretary of the NDC, Mr George lawson, confirmed to the Daily Graphic that “as a listening party, all issues will be addressed in order to ensure a peaceful, free and fair polls during the primaries.

He said issues bordering on eligibility, frustrations in terms of qualifications, uneven playing field, lack of access to delegates were some of the petitions that had come to their attention.

Some constituencies were alleged to be changing delegates list while other aspirants had managed to acquire fraudulent membership cards.

Mr Lawson hinted that the party had constituted five teams to be in charge of two regions respectively throughout the national vetting and the primaries.

He said that the General Secretary of the party, Mr Johnson Asiedu Nketia, leads the Volta and Ashanti regional team, National Organiser,

Mr Lawson once again appealed to regional and branch executives of the party to be neutral until the entire process was over.

He also called on all with grievances to ensure that party matters remained party matters and mentioned that efforts were being made to use party structures to resolve them.

“We are determined to address all legitimate concerns so that at the end of the day there will be no victor or vanquished,” he declared.

Meanwhile, A. Kofoya-Tetteh, reports from Koforidua that 17 polling station executives of the Afram Plains North Constituency of the National Democratic Congress (NDC) have petitioned the National Chairman of the party over the qualification of two persons who filed and were vetted at the regional level to contest the primary for this year’s general elections.

According to them the two, Dr Anthony Nsoh Akunzule and Madam Betty Krosby Mensah, had not lived and worked with the party in the constituency for at least two years and were also not registered voters in the area as required by NDC regulations.

Copies of the petition were signed by all the 17 polling station executives and sent to the regional chairman of the party as well as the Eastern Regional Minister.

The petitioners stated that the sitting MP, Mr Aboagye Didieye, came to reside in the area for less than three months. Mr Didieye was not a registered voter but he managed to contest the primary and became an MP. The petitioners urged the constituency and regional executives of the party to look into the matter critically to avoid any embarrassment.

“Our party’s guidelines stipulate that anybody who wishes to contest the primary to be a Member of Parliament must stay or work with the party in the constituency for at least two years and must also be a registered voter within the area.

“These guidelines have been turned down by Aboagye Didieye, Betty Krosby Mensah and Dr Anthony Akunzule so we urge the constituency and regional executives to critically look into the matter to avoid further embarrassment”, the petitioners stated.