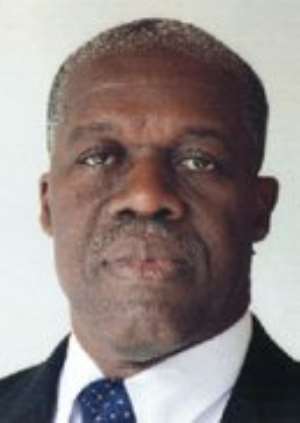 The Bank of Ghana (BoG) has bemoaned the negative ratings the international community gives to the country on anti-money laundering and terrorist financing and has stepped up efforts at correcting it.

The Governor of the Bank of Ghana, Mr Kwesi Bekoe Amissah-Arthur, said such negative ratings persisted in spite of giant steps the country and its regulatory authorities had taken to fight the menace.

The governor expressed the bank’s worry over the development in Accra on Wednesday during the launch of the Anti-Money Laundering/Combating the Financing of Terrorism (AML/CFT) Guideline for banks and non-bank financial institutions.

He, however, added that the central bank was resolute in its fight against the canker and thus urged financial institutions to help to expose and terminate financial collusions and all other habits pertaining to money laundering and terrorist financing.

The governor further called on other regulatory bodies to tighten the screws in the fight against the practice so as to put the country’s image at where it belonged.

He expressed the hope that “other regulatory bodies, the banks and non-bank financial institutions and other stakeholders will help in fighting the menace.”

The launch follows an earlier one launched by the Securities and Exchange Commission (SEC) for players in the capital market.

With issues of money laundering and terrorist financing taken centre stage in global finance, Mr Amissah-Arthur said his outfit was hoping that the National Insurance Commission (NIC) would follow suite with a tighter regulation and guidelines on the activity in the insurance sector.

The Minister of Finance and Economic Planning, Dr Kwabena Duffuor, who was at the launch, admitted that Ghana needed to step up the fight against the menace as she strove to keep a clear criminal record in the fight against money laundering terror financing.

I'm grateful to be named by Forbes as African of the Year — ...
32 minutes ago

Covid-19: We oppose singling out African countries for trave...
32 minutes ago