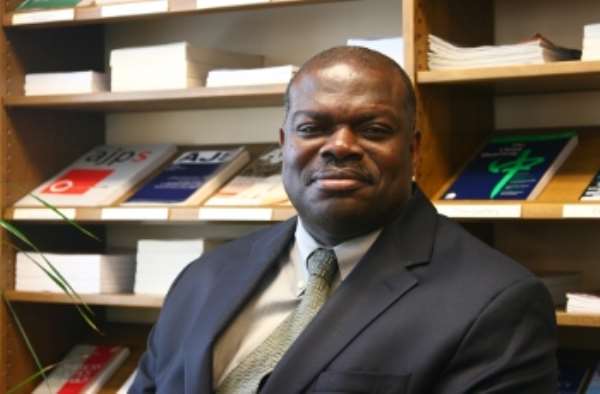 Accra, Jan. 9, GNA- The 63rd Annual New Year School and Conference under the theme: “One Year of Oil and Gas Production: Emerging Issues”, on Monday opened in Accra.

The week-long school and conference which is a national event regularly held by the Institute of Continuing and Distance Education (ICDE) of the University of Ghana (UG), brought together people from all walks of life on common platform to discuss key issues relating to the oil and gas sector.

It also offered a critical opportunity for Civil Society Organizations, Parliamentarians, the media and concerned citizens to offer alternative strategies towards the efficient and effective management of oil and gas and further influence policy through the recommendations made by participants at the close of the event.

Professor Ernest Aryeetey, Vice Chancellor of the UG, said the focus on oil and gas for the school and conference was to among other things, raise public awareness on key issues facing the sector and also key developments in policy decisions in the industry.

He said despite the excitement of the oil and gas find by Ghana, there seem to be a growing pessimism that the Government may not invest the revenues obtained in critical areas of development to improve the standard of living of all Ghanaians.

He said most people were inquiring about how this resource would benefit Ghanaians and whether it would be a blessing or a curse?

According to him, this had also prompted questions on Ghana's ability to curb the “Dutch Disease” and her ability to balance agricultural development with oil and gas production and ultimately, her ability to change the socio-economic landscape of the country especially, the Western Region among others.

Prof. Aryeetey noted that while some countries had successfully managed the same resource to become a blessing for them, others had suffered the consequences of mishandling the gift and therefore allowing it to become a major setback to their development efforts.

He said it was evident that the dicey nature of oil and gas production and its management in a developing country like Ghana, calls for a holistic examination of issues that may come with its operation.

Prof. Aryeetey indicated that the year's event would offer presentations of conference papers in parallel sessions and urged the participants to be objective in their debate to ensure that oil and gas revenues were appropriately used to bring about national development.

Professor Yaw Oheneba-Sakyi, Director, ICDE, UG, in his progress report, said the annual event had over the years educated the public on important topical national and international issues, promoted consensus-building among people of diverse opinion and backgrounds, assessed public opinions on pertinent issues in order to ensure good governance and provided a platform for initiating public policy as evidenced by follow-up actions on School communiqués.

He said following last year's edition of the New Year School and Conference which was under the theme, “Harnessing the Power of the youth for Accelerated Development”, significant efforts were being made in the area of youth empowerment and development, notably, the reintroduction of the National Sports Festival which had been christened, 'The National Unity Games, and the transformation of the National Youth Employment Programme (NYEP), to become one of the means of government's social intervention to job creation and youth employment.

He reminded Ghanaians of the fact that as the country prepared for Election 2012, the nation's hailed democratic credentials in the African sub-region would once again be tested, stating that democratic governance was not only about elections, but a means to attaining socio-economic development.

“Democratic governance cannot be obtained within the context of growing poverty, illiteracy, youth unemployment, poor environmental sanitation and the general feeling of insecurity,” he said.

“The question that can be asked, then is: How will prospective candidates strive to translate the political will of the people into development agenda that would be beneficial to all the citizenry of Ghana in the oil and gas economy?” he asked.

Prof. Oheneba-Sakyi made the submission that dedication and commitment of resources to the development of higher education could strengthen the competitive edge of Ghana as an oil and gas economy aspiring to gain middle-income country status.

He said it was a well known fact that skill and creative people were critical to the success of any organization and economy and as notably more jobs in the 21st century would require high-level skills, and also flexible and transferable skills are already in growing demand globally.

He said Ghana needed to boldly confront the challenges of its educational system such as mismatch between the skills demanded by the labour market and what the current educational and training programmes could supply, the desperate need for more entrepreneurs, the need to raise a new generation with a vision and the curiosity to think critically in new ways and have the ability to be innovative and greater cooperation between the private and public sector and educational institutions.

According to him, this would position the country in a competitive stead and that the Government had no choice but to devout substantial amount of its petrodollars to support and transform higher education at both public and private institutions, notably College of Education, Polytechnics, Universities University Colleges and other professional tertiary institutions in the country

He advocated for the formulation of strategies to attract those high-skilled Ghanaians and other Africans in the Diaspora who might have contributed to the “Brain Drain” phenomena, but are now eager to return in the new phenomenon described as “Brain Gain and Brain Circulation”, to significantly contribute to the manpower requirement of an oil and gas economy.