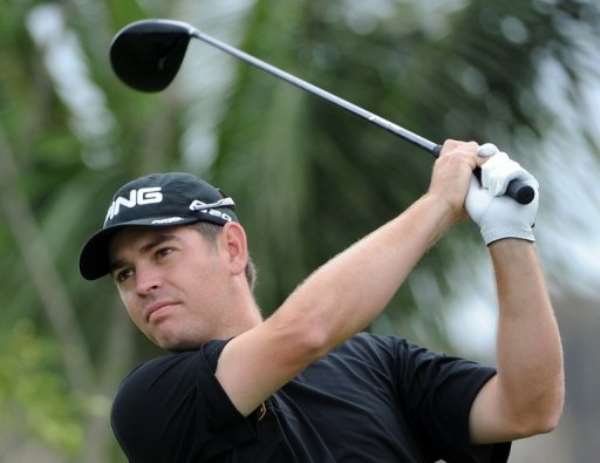 EAST LONDON, South Africa (AFP) - A birdie off a long putt at the penultimate hole on Sunday set up South African Louis Oosthuizen for his second consecutive Africa Open title.

Closest rival Tjaart van der Walt of South Africa dropped a shot by three putting the same par-three to turn a deadlock into a two-stroke advantage for the former British Open champion in the opening 2012 European Tour event.

A stray three-wood drive on the final hole did not deter 29-year-old Oosthuizen and although his second from the rough to the par-four went through the green, he got down in two to seal a fourth European Tour success by two strokes.

Van der Walt, level at 21-under-par with Oosthuizen overnight, never gave up fighting but once again had to settle for a bridesmaid role after finishing runner-up 10 times in a 16-year professional career.

Oosthuizen finished on 265 -- 27 under for four journeys around the part-links, part-parkland course that overlooks the Indian Ocean, Van der Walt on 267 and former Major winner Retief Goosen on 268 in an all-South African top three.