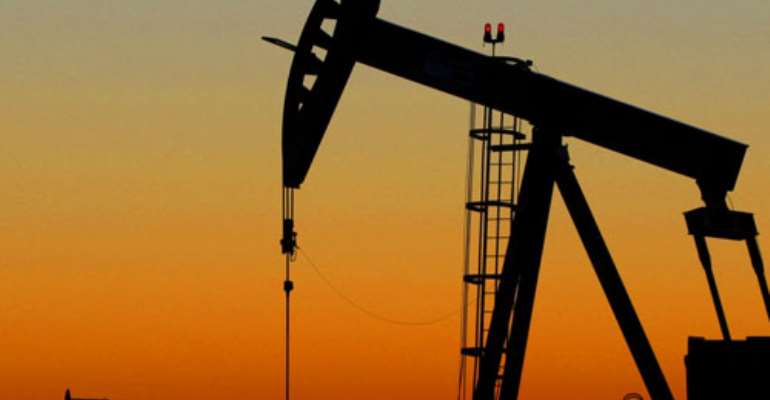 Oil and gas are strategic commodities

Africa is emerging as one of the strategic regions with significant contribution for the maintenance of the global energy security architecture. Since 1998, beginning with President Bill Clinton's visit to Africa, a number of high level officials from U.S., China, India, Russia, Turkey, Brazil and the E.U. have visited the continent with most of the visits taking place in oil and gas-rich countries. These visits are important because oil and gas remain strategic commodities critical to the functioning of the global economic system.

Officially Africa is known to have 10% and 8% share of the proven global oil and gas reserves respectively. According to the 2009 U.S. Energy Information Administration records, Libya is home to Africa's largest oil reserves with about 43.7 billion barrels in total, followed by Nigeria with 36.2 billion barrels, Algeria 12.2 billion barrels and Angola with 9 billion barrels. Other countries like Sudan, Gabon, Cameroon, Congo, Equatorial Guinea, Egypt, Mozambique, Ghana and Uganda have huge deposits of oil and gas which are either being exported or are being developed for export. Moreover, there is growing recognition among energy experts that Africa may be home to unknown quantities of oil and gas reserves making it what experts refer to as the 'New Gulf' in reference to the oil-rich Persia Gulf. Tapping these reserves is very important for the energy dependent economies of U.S., China, India, and the E.U.

Nigeria with its 3% share of global gas reserves, exports nearly two-thirds of its gas to the EU making her the EU's fourth largest major natural gas supplier. A $10 billion Trans-Sahara Pipeline from Nigeria through Niger and to Algeria is expected to boost gas export from Nigeria to the European market and solidify the continent as a major gas exporter to the EU. Similarly the EU is expected to secure about 15% of its power needs from the planed $550 billion solar power project in North Africa dubbed the DESERTEC Project.

New comers in the global energy consumption league including China and India have also focused their attention on Africa. Angola, Nigeria, Sudan, and the Republic of Congo have become China's major oil suppliers providing China with 30% of its annual oil imports. According to Jeffrey Henderson, in 2003 about 41 per cent of Sudan's exports and 23 per cent of Angola's mostly oil went to China. Vivian Foster of the World Bank notes that since 2006 two Chinese companies: China National Oil Corporation and China National Petroleum Corporation have committed to invest about $5 billion in Nigeria, $3 billion in Angola and $1.5 billion in Sudan. Jeffrey Henderson notes that in 2005, China's Export–Import Bank had investment portfolio of US$15 billion in Africa mostly in the energy, mining and construction sectors.

Thus whether analysed from the perspective of the United States, the European Union or China, there is growing recognition that Africa is on a strategic transition to become a major geostrategic powerhouse for the maintenance of the global economic system. As a matter of fact Africa now features in the international calculus of many of the major global energy importers indicating the growing significance of the continent to maintaining a healthy global economic system.

Several other factors also buttress Africa's rising strategic importance to the global energy security architecture. They include among other things higher oil prices; the peaking of energy production in the North Sea; the unpredictability of Russia as energy supplier to the EU; climate change; rising energy consumption in China and India and the ensuing competition with U.S. and the EU for the remaining 1,114 trillion barrels of global oil reserves; and the arms race, conflicts and instability in the Middle East which together controls 60% and 41% of global oil and gas reserves respectively.

For example for the United States, due to the arms race, conflicts and instability in the Middle East, now appear to favour energy imports from Africa more than the Middle East. Part of the reason is that there is stability in Africa now than it was in the 1970s, 1980s and early 1990s. The internal civil wars that ravaged Angola, Liberia, Sierra Leone, Mozambique and Congo Brazzaville in the 1970s, 1980s and 1990s have been resolved and democratic governance is taking shape in a number of the countries, making security of production and transportation less a problem than they used to be.

Additionally, the prospect of major inter-state conflict in Africa involving the use of deadly weapons that could destabilise oil and gas supply looks relatively distant. Few African countries possess the destructive war machines that Middle Eastern countries have acquired over the last 10 to 20 years. In 2010 for example Saudi Arabia purchased $60 billion worth of U.S. military hardware which experts believe is geared towards countering Iran's arms build up. Again most of Africa's oil is located offshore and could be exploited and transported relatively easily with very little contact with the local population. By way of distance the parts of Africa where most of the oil and gas are located is relatively closer to the U.S. making cost of transportation and the security associated with it relatively less expensive. These factors make oil and gas from Africa more reliable than say the Middle East and remain some of the main reasons why Africa's strategic importance is growing among oil and gas importers.

Two things are worth mentioning here about Africa's rising strategic importance. The first is that the growing strategic importance may help Africa to enjoy economic growth, gain diplomatic respect, and secure influence on the global stage. Currently the increased investment from China, India, US and European Union is fuelling growth in energy export economies such as Angola, Ghana and Nigeria. The Economist magazine has predicted that between 2011 and 2015 seven of the top 10 fastest growing economies in the world will be found in Africa. This economic growth if well managed may help lift millions of people from poverty i.e. if the growth and the revenue are redistributed.

The growing demand for Africa's energy resources could also increase the bargaining capacity of the governments in Africa vis-à-vis energy buyers. The demand could mean more revenue to the governments which in theory could be used to reduce their dependence on aid and loans from the World Bank and IMF and hence correct the power imbalance between them. In other words the rise in demand for Africa's energy resources if better managed could alter the balance of power between Africans and their international creditors.

The second point is that as African countries become major oil and gas suppliers and as U.S. China, France, Britain, India, Russia, and Brazil increasingly compete with each other for the continent's energy resources, there are fears that the region is becoming a cockpit of superpower rivalry. Observers have indicated that rivalry is slowly leading to militarization of policies by energy importers towards the continent. It is believed that Libya became the first casualty of this rivalry in 2011. Critics of the war argue that the US-EU-NATO invasion was a strategy to scare away their rivals and competitors particularly China. As evidence, they point to the more than 35,000 Chinese oil and construction workers who were forced out of Libya during the invasion.

In 2008 during a meeting with oil and gas multinationals in London, Jaap de Hoop Scheffer, then NATO Secretary General announced that NATO would use its air, land and sea capabilities to police and protect the energy security interest of its members. That policy, it is argued, was implemented in Libya where NATO played a key role in overthrowing the Gaddafi government. As another sign of the growing militarisation of the continent, in 2007 President Bush Jr and the Pentagon, launched what they call Africa Command (AFRICOM) a military project which (although denied by U.S. officials) is intended to protect U.S. energy and other interest in Africa. The invasion of Ivory Coast (a small but significant oil exporter) by France in 2011 after the Ivorian electoral dispute also shows the increasing use of the military by foreign powers to achieve their national interest objectives in Africa.

African governments and their peoples need to guide against the superpower competition and the associated rivalries and ensure that the attention the continent is receiving does not lead to exploitation, instabilities and proxy wars but rather opportunities for the masses. Therefore African countries should take a unified and coordinated approach vis-à-vis the major buyers to ensure that Africa's political and economic stability, long term security and prosperity of its citizens are not jeopardised.

Secondly, while African countries deepen partnership with energy multinationals they should formulate and implement policies to influence negotiation outcomes, and get the best commercial deals for their resources, so as to ensure that the people of Africa become the ultimate beneficiaries of their resources .

Finally, there is perception particularly in Europe and America that Africa is both economic and political dwarf that can be manipulated to suit their interests. That perception ought to be corrected. Therefore, Africa should use its revenue to build economic and political power to influence and shape the current world order to its advantage. In other words Africa should harness its growing strategic importance to pursue agenda relevant to its interest.

The governments in Africa, the oil and gas industry, the academia, the media, civil society, and the think tanks all have a role to play in making Africa benefit from its growing strategic importance.