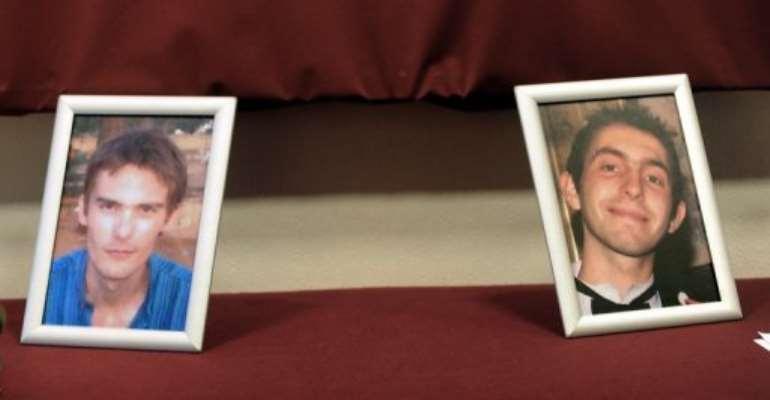 PARIS (AFP) - One of two French hostages seized in Niger last January by Al-Qaeda's North African wing (AQMI) was executed that month by his kidnappers but the other died in a burning vehicle, a jailed AQMI member has said.

The Liberation daily, in its Friday edition, cited the testimony of Mohamed al-Amine Ould Mohamedou Ould M'Balle, alias Mouawiya, given to a French anti-terror judge in November.

Mouawiya, 22, did not take part in the kidnapping or subsequent related events, but said he heard the story from the jihadist fighters who survived an attack by French special forces who had sought, unsuccessfully, to secure the freedom of the two hostages, identified as Antoine de Leocour and Vincent Delory.

According to Mouawiya, the Mali kidnappers told him that a jihadist known as Faycal al-Jazairi had shot Leocour dead with a Kalashnikov rifle as the hostage was hampering their escape from the attack by French commandos.

However, he said, fellow hostage Delory perished in a burning four-wheel drive vehicle which was carrying fuel, after being hit by weapons fire.

He did not say who attacked the vehicle.

AQMI members insisted after the operation that they had not killed the second hostage.

Delory's family have accused the French forces of opening fire on the vehicle and causing his death.

A film of the operation, taken from a plane, has had the key minute removed from it. French defence ministry officials said this was necessary to conceal certain "operational details".

Mouawiya has been held in Mauritania since February 2011 in connection with a failed plot to attack the French embassy in Nouakchott.

French anti-terror judge Yves Jannier interrogated the pair for that crime in November.

Several kidnappings of foreigners in the arid Sahel region spanning Niger, Mali, Mauritania and Algeria have been carried out by or on behalf of AQMI.