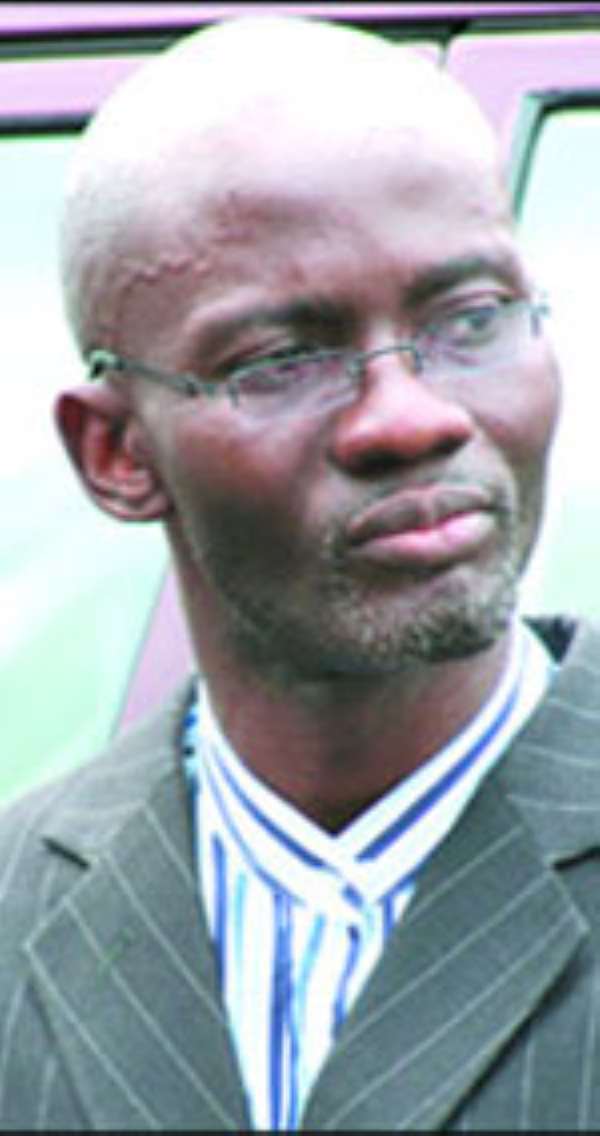 Danquah Institute (DI), a leading media, research and policy analysis centre has attributed the three-year delay in the development of Ghana's gas infrastructure to worsened political scramble among the power blocs in the ruling National Democratic Congress (NDC) party.

According to the institute's own investigations, what caused the three-year delay could be summed up in two words: political indecision.

The Executive Director of the Danquah Institute, Gabby Asare Otchere-Darko told journalists at press conference in Accra, yesterday, that there was a kind of political indecision that worsened by a scramble among the power blocs in the ruling party for control of the petroleum sector, leading to several Memoranda of Understandings (MoUs) among others, being signed with companies who only ended up with worthless pieces of paper.

Mr. Otchere-Darko, who eloquently delivered his speech on issues concerning gas infrastructural development was flanked by a Fellow of the Danquah Institute, Mohammed Amin Adam, disclosed that Ghana stands to lose some $1,117.2 million in 2011 alone.

Industry experts estimate that every day that Ghana either flares gas or is unable to utilise the associated natural gas from Jubilee for power translates into $1.2 million a day in lost revenue. This means that for this year the avoidable delays in the development of the gas infrastructure will cost the country a minimum of $638 million.

Already, some $412.6 million in corporate taxes appear to have been lost to the State from Jubilee and another $66.6 million from understated oil proceeds. Thus, in total, Ghana stands to lose some $1,117.2 million in 2011 alone, he revealed.

Mr. Otchere-Darko passionately stated that: 'We want to tell the nation, particularly Parliamentarians, that the Subsidiary Agreement facility before them today, although the price tag of $1bn remains the same, involves less work than the details of the agreement, as scantly spelt-out in Clause 4.2 (i) of the memorandum would make them believe. Thus, we risk paying more for less work.'

Members of the institute therefore calling on Government to come clear on these: What is the proposed Early Phase gas plant providing in terms of products?; What is the actual cost of this limited gas infrastructure development?; and Can they use the administrative delay in getting things done to justify the decision to sacrifice valuable liquids (LPGs and condensates) recovery for a fast-track schedule when they have had this project for 3 years now?

LACK OF TRANSPARENCY IN SINOPEC DEAL
According to the institute, Ghanaians, including Parliamentarians had to learn indirectly from the media last month that the China Petroleum & Chemical Corporation (Sinopec) signed an agreement with the Ghana National Gas Company for the completion of the first phase of the gas infrastructure project.

The circumstance under which this contract was awarded to Sinopec is unknown but must be known. What is also perplexing is that, after all the delays, Government did not go for an open, competitive tender but to sole source Sinopec, after signing earlier agreements with the Japanese and Trinidadians, among others.

Gas is such a profitable venture that we did not need to tie ourselves down to any inflexible transaction with the Chinese or any other entity for that matter. It is regrettable that even today, with oil, the leadership of Ghana continues to sell the nation short, Mr. Otchere-Darko indicated.

But, last month the Chief Executive Officer of the Ghana National Gas Company (Ghanagas), Dr George Sipa-Adjah Yankey said that while the gas infrastructure will be funded from the              $3 billion Chinese Development Bank (CDB) facility approved by Parliament in August this year, Sinopec 'will pre finance the start of work pending the release of the funds by the CDB.'

This, on the face of it, may seem a good idea, however, what it does is to commit the people of Ghana to a deal with Sinopec which we know nothing about and this is even before Parliament considers and gives approval to the material Subsidiary Agreement.

Mr. Otchere-Darko, therefore, asked the President Mills-led government as a matter of urgency to make the details of the contract with Sinopec immediately available to the public, through Parliament, before it goes on its own to commit the national purse to any such secretive financial arrangement.

Again, the institute sees problems with the payment methods for the contractor, Sinopec (like all the others), under the CDB loan. The Master Facility Agreement (MFA), and as restated in Clause 5.2 of the First Subsidiary Agreement facility of $1 billion in relation to the Western Corridor Gas Infrastructure Development, states that in respect of the borrower (Ghana) issuing a utilisation request in respect of amounts to be paid to a Republic of China contractor, 'the Utilisation Request must specify that the proceeds of the Loan shall be disbursed by the Lender directly to an account of that PRC Contractor…'

This means, after Ghana Government have had very little say on which contractors benefited from this commercial loan facility, it must leave then it to the Chinese bank to pay directly the contractors.

This provision, according to the institute might not have been too bad if details of the specific contracts were made public or if the contract was awarded on the basis of a competitive tender process.

To reiterate, also worrying is the fact that the current arrangement with Sinopec does not include the one project that has the potential to eventually generate in excess of $1 billion annually, and tackle the country's recent difficulties with the procurement and supply of LPG, in the process.

Since gas is a potential milk cow for the economy, a commodity which the country owns outright and, if well optimised through monetisation, would generate revenues far in excess of our share from crude oil, the expectation was that Government would have stood the development of the gas infrastructure alone, and prioritised it right from the onset, rather than boxing it in a complex web of loans and projects.

DEBATING LOAN WITHOUT DUE DILIGENT
Mohammed Amin Adam, a Fellow of the Danquah Institute who is also luminary in oil and gas industry lamented that; 'It is worrying that Parliament is debating the $3billion loan facility without due diligent.' He was quick to add that: 'We are calling on all Ghanaians that they must not go to sleep. But, we must ensure that our government is responsible in the oil and gas industry'.