Hustling in America to Remit Relatives in Ghana 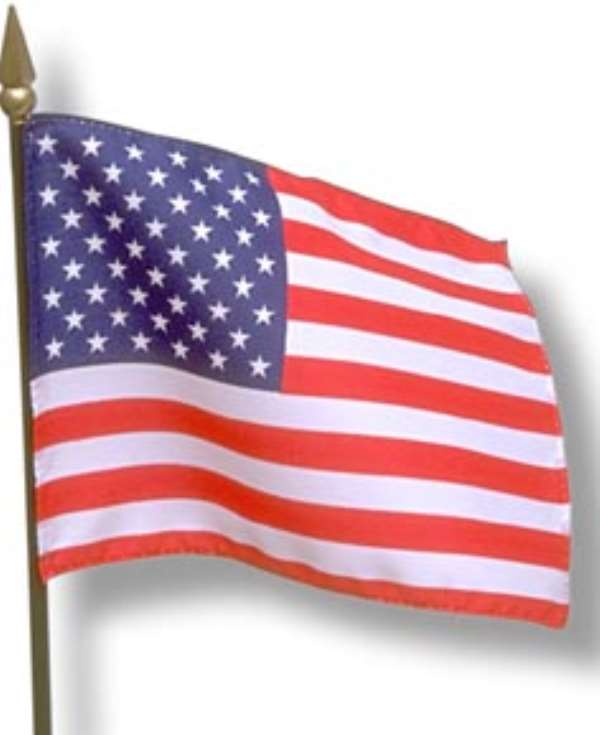 Just imagine a common scenario of entering into America with a few green and white coloured papers - so called legal tender - just to show to immigration officers at the arrival lounge as declaration to allow one entry into the land of milk and honey, the financial capital of the world where many people dream of in their search for greener pastures.

Perhaps the immediate past mayor of New York City placed the above assertion in its right perspective when he wrote in his memoir, entitled "LEADERSHIP"; "When my grandfather Rudolf Giuliani, for whom I am named, left Italy over a hundred years ago, he set sail for America with only $20 in his pocket (as declaration). He left his family, his home, everything that was familiar and safe. He saw the obstacles that faced him: a treacherous journey across a dangerous ocean, coming to a place whose language he did not understand. And yet Rudolf and his wife and my other grandfather and grandmother all made the same choice to come here.

How did he do it-overcome all the fears he must have felt? It's simple. Rudolf and millions of others were able to answer the call because they were guided by an idea. America, the land of the free and the home of the brave, this is very special, because they worked hard to make this country better, fairer, more prosperous for themselves and their children."

But one wonders why these immigrants upon arrival back to their countries of origin mostly after few years of hustle, would bring back a lot of cash and items for the beneficiaries of the monies they had remitted while abroad.

It is a fact that Africans remit more than 10million dollars annually to the continent. These monies usually reach kith and kin of a plethora of African immigrants in the United States of America. And in 1999,Ghana alone could boast of over four hundred million dollars of remittance sent to relatives.

Remittance becoming a major source of foreign exchange earning for the country, thanks especially to the Green Card/Visa Lotteries introduced in the nineties, which opened the floodgates for mass entry into the "Big Apple" of people of diverse colours cultures and countries.

The mass entry has increased the number of people in money transfer business which is booming as a result. A visit to one of the numerous African Supermarkets and various money transfer agencies bears testimony to this fact. In a country where a vagrant could smash the wind screen of a car just to steal a quarter (one-fourth of a dollar), one cannot belittle or underestimate the power of a dollar in corporate America.

Given the deplorable nature of most African economies, a single dollar sent home could make a tremendous difference. At a focus group discussion among African Students at the City University of New York on the issue of remittance a student from Ghana, said humorously that the dwindling of the cedi rate against the dollar is a great blessing in disguise for them, because one could send something small and would be big money back home.

It is not out of place that this country is termed as the "big Apple" and in some circles "Elephant Stomach" because in spite of the numerous immigrants entering this country from all walks of life with different languages, every Tom,Dick and Harry gets some job to do.

However the moment man lands at the J.F.Kennedy Airport in New York, relatives and friends back home would start to count his blessings, and snore for him whiles he sleeps. A case in point was the plight of a friend from Ghana who just a week after his arrival in New York, received an e-mail from a friend requesting him to send him some money.

He had actually added insult to the injury of his friend (the new arrival) who felt a bit disappointed that he just resigned from a well-paid and satisfactory job as a corporate executive at one of the leading financial institutions in Accra.

Dozens of people have had similar experiences and have to come to the realization that their responsibilities become heavier when they are abroad than when they were working in Ghana. Relatives and friends have a high sense of expectation and think that the moment one lands in America he has a job waiting for him and will make millions in a twinkle of an eye.

It is now an irony that instead of coming here to enjoy life, one becomes like a slave, working hard and remitting the money home to family members who are mostly living from hand to mouth. There is virtually no life here, because it is work and work only unlike the situation elsewhere. If one loses an hour or a day, one would lose some money for the hour or day from his wages.

Those wanting to bite it (the Apple) big would secure a second or even third job. They over-work themselves when persistent demands from back home are becoming insurmountable.

It is interesting that those who were harassing and asking people for money and getting annoyed when one could not meet their request mostly for large amounts and in urgency, upon arrival and after just few days of living here need not be told about how their kith and kin are squeezing water out of stone to get the money. Soon they begin to complain of what they used to do when they were at home.

Nevertheless, a whole lot of immigrants here have been and are still helping to solve socio-economic problems of their relatives and friends.

Hustlers in America are in a nutshell, the bedrock of survival for many in Ghana. Husseini Yushau Babal-Waiz. United States of America