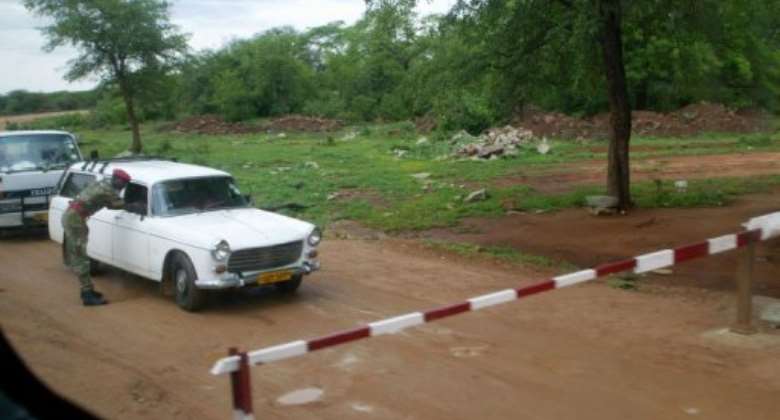 Thousands of Zimbabweans await compensation after they had to make way for state-linked mining companies this year. By Jekesai Njikizana (AFP)

ARDA TRANSAU, Zimbabwe (AFP) - They used to live on the world's richest diamond fields, but now thousands of Zimbabweans await compensation after they had to make way for state-linked mining companies this year.

Many of the subsistence farmers and artisanal miners who used to work the Marange fields still have not received promised new homes and payment after President Robert Mugabe's government evicted them.

One of those who feels cheated is Kudakwashe Muchena, 25, who says he was short-changed on promised compensation and moved far away from the mine that once supported his family of two wives and three daughters.

And yet his family is one of the luckier 500 to have been moved into new homes by mining companies. More than 3,500 families are still waiting or staying in temporary shelters while their new houses are being built.

Discovered only in 2006, the Marange fields -- thought to be the world's largest alluvial diamond deposits, and located in Zimbabwe's eastern province of Manicaland -- have a short but troubled history.

Their find quickly sparked a diamond rush that, at its peak, brought about 20,000 panners and dealers there, some from Mozambique and Sierra Leone, others from as far as Lebanon, Pakistan and India.

For years, many local villagers had no idea what riches lay beneath their feet. "My wife, who was pregnant then, once exchanged diamonds for small packets of roasted peanuts," recalled Muchena.

Nonetheless, he told AFP, families such as his were soon able to make a good living, compared to most people in Zimbabwe, as a single sale on the black market could reach well into thousands of dollars.

"One would get $10,000 or $20,000" at a time when the Zimbabwean dollar reached hyper-inflation levels of 231 million percent a year, said Muchena, who now works as a cook at one of the mining companies.

Amid the scramble for riches, the crowded area quickly descended into a chaotic world of crime, prostitution and violence, authorities said.

Then, in 2008, President Mugabe sent in the police and army to stop the "informal" diamond panning in favour of mining companies.

Around 200 people were killed and others beaten or raped when the armed forces chased them from the Marange fields, say rights groups.

Four mining companies cashed in on the empty fields. The state now owns one wholly, and 50 percent of each of the other three.

In November, however, the KPCS gave Zimbabwe the green light to sell its Marange stock of diamonds -- a decision supported by China and India but opposed by Western nations, rights groups and the industry.

The United States promptly slapped sanctions on two of the four mining companies.

Zimbabwe expects to rake in $600 million in diamond revenues next year, and some fear Mugabe will use part of this to fund his election campaign and suppress his opponents. Mugabe was forced into a unity government with political rival Morgan Tsvangirai after a contested 2008 poll.

Zimbabwe is said to have stockpiled gems estimated to be worth up to $5.0 billion.

The Marange fields are now cordoned off. Private security firms patrol the area while police and army road blocks dot the main access road, an AFP correspondent saw on a state-sponsored media tour in December.

Many of the villagers that were moved from Marange to Arda Transau now, ironically, once more work in the mines -- for the state companies. Every day they are bused a total of 280 kilometers to and from work.

"We had no choice. Sooner or later we had to move," said Barbra Mhlanga, who has six children, adding that from her isolated new home she has to travel 10 kilometers on foot to the nearest clinic.

Farai Maguwu, the director of rights group the Centre for Research and Development, which has been documenting the evictions, said Zimbabwean authorities rushed to move people away without proper compensation.

"They destroyed people's houses without even making evaluations," he said. "They only took (care of) the interest of diamond companies in the area."

Five die in accident on Techiman –Tuobodom highway
11 minutes ago