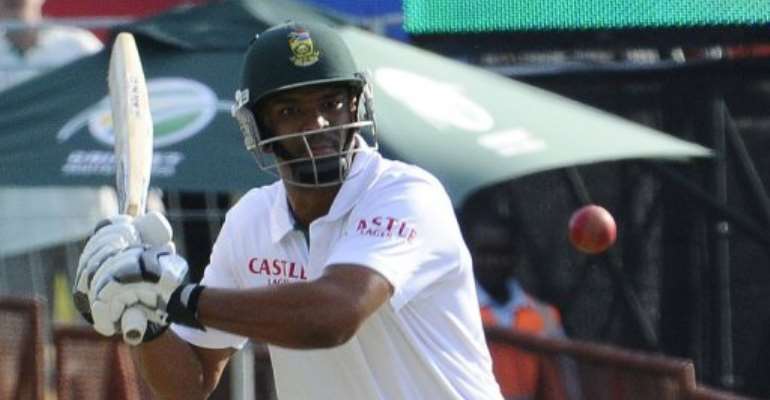 JOHANNESBURG (AFP) - South Africa seamer Vernon Philander injured his knee in the nets on Saturday, but should be fit for the second Test against Sri Lanka which starts on Monday in Durban.

The 26-year-old Philander, who took 10 wickets in the first Test victory, suffered a mild strain to his left knee while bowling, said team manager Mohammed Moosajee.

"The injury was classified as a mild strain and Philander will be treated overnight with ice, compression and more physiotherapy, and he will have his knee strapped," said Moosajee.

"Right now, we're still confident he will be fine for the Test."

The Proteas are favourites to clinch the second Test after beating the tourists by an innings and 81 runs on the third day in the first match at Centurion last Saturday.

The team will hope to break its poor past record at Kingsmead stadium in Durban, said vice-captain AB de Villiers.

"We haven't been playing good cricket here of late. We want to turn that around and win this Test match. It's something that we have talked about," he said.

South Africa have lost their three most recent Tests at Kingsmead -- against Australia, England and India.

"We have discussed giving him a Test debut and he can gain some valuable experience by playing against South Africa's attack. Personally I think he is good for the team and he can be groomed for the future," said Dilshan.