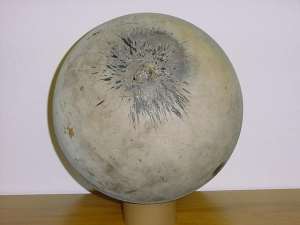 This is a helium tank from the Russian Salyut 7-Cosmos 1686 (Kosmos 1686) spacecraft assembly, which went out of control and fell to Earth as a fireball, 3 to 4 years earlier than expected.

Controllers put the spacecraft into a spin and tried to control the impact into the Atlantic Ocean as 70Kg of fuel still remained onboard. This attempt failed and after a bright fireball that was witnessed by many local people, some fragments fell near the town of Capitan Bermudez, 400 Km from Buenos Aires, Argentina at 01:00 local time on 7th February 1991.

The 14 inch diameter, 7.4Kg, mostly titanium sphere is peppered with several hundred perfectly formed craters caused by tiny micrometeoroids which impacted on the surface during it's many years in space. Opposing ends have a mounting rod and a coupling/inlet valve respectively - each has ablated heavily during re-entry and streamers of molten material have been blown back onto the leading faces of the sphere, clearly showing the orientation of flight. Dark scorching on one side of the main body is evidence that the sphere "flipped" during flight as external mountings and couplings broke/ablated away, and for a brief few moments this side was the leading edge before orienting itself once more. This dark patch of side scorching also shows a much lighter coloured "shadow" band where another part of the spacecraft, or possibly the departing mounting rod, momentarily protected this part of the sphere from scorching.....and left an outline image of itself in the process.

Due to it's almost perfectly spherical shape and the high melting point of it's titanium chemistry, the main body of the sphere escaped complete ablation of it's surface, thus preserving the many micrometeoroid craters. However, the irregularly shaped mounting rod and the opposing coupling/inlet valve have a thick layer of dark fusion crust (!!) with fine flow lines that are similar to the surface of a freshly recovered iron meteorite.

Some of the crater "pits" were undoubtedly caused by other parts of the spacecraft that were ablating in front of the spherical tank during atmospheric passage and also by other man-made orbiting debris from earlier space missions that impacted during it's 9+ years in space......fine particulate matter such as paint flecks, booster vapours and even dumped astronauts' urine!!!!!

This tank has been the subject of much study in the last 12 months with SEM research into the composition of the craters. A scientific research paper entitled: "Analysis of Impact Residues on Spacecraft Surfaces: Possibilities and Problems" has been written about this Salyut helium tank and was presented at the 3rd European Conference on Space Debris, with a proceedings paper. 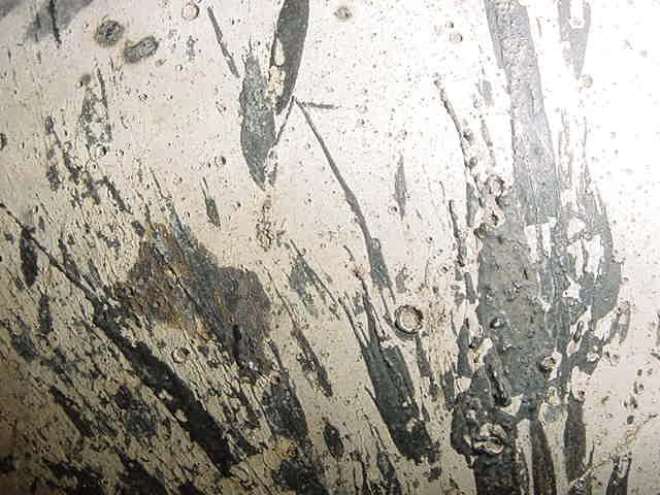 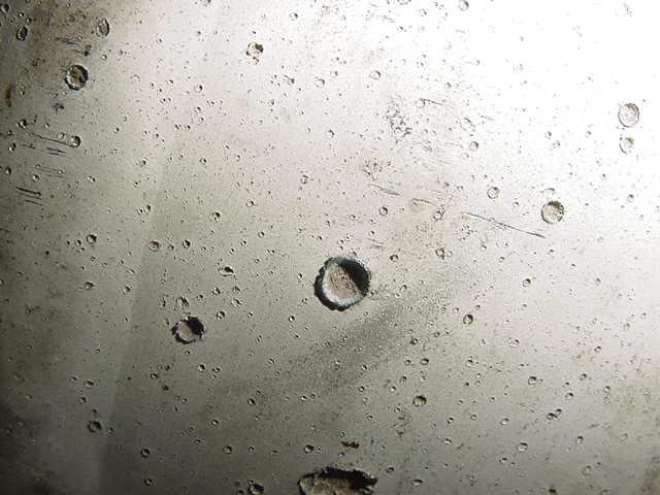 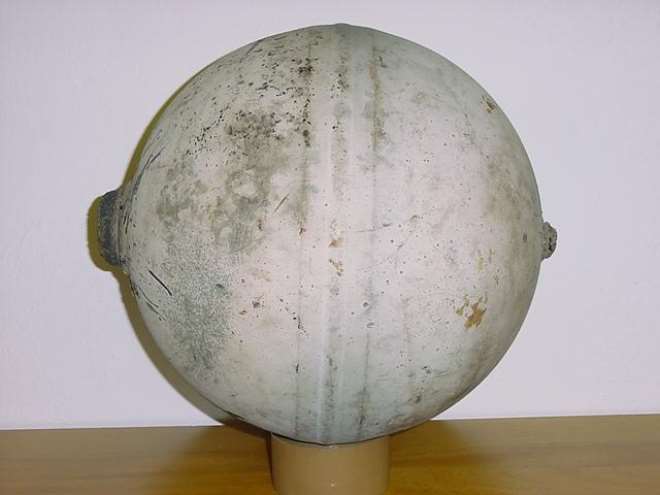 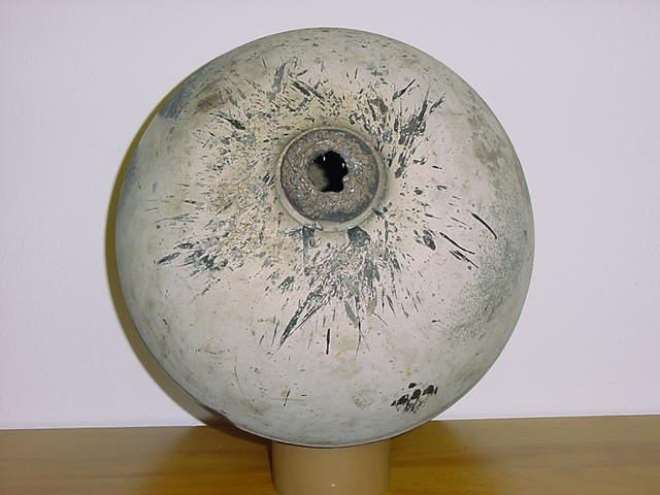 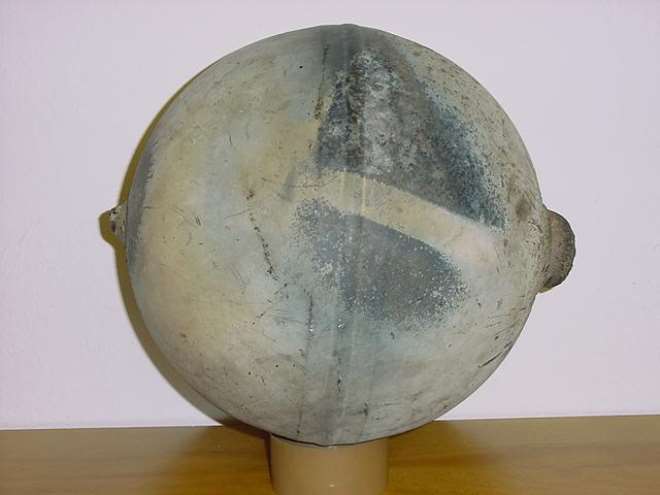 More images of the tank prior to sampling. 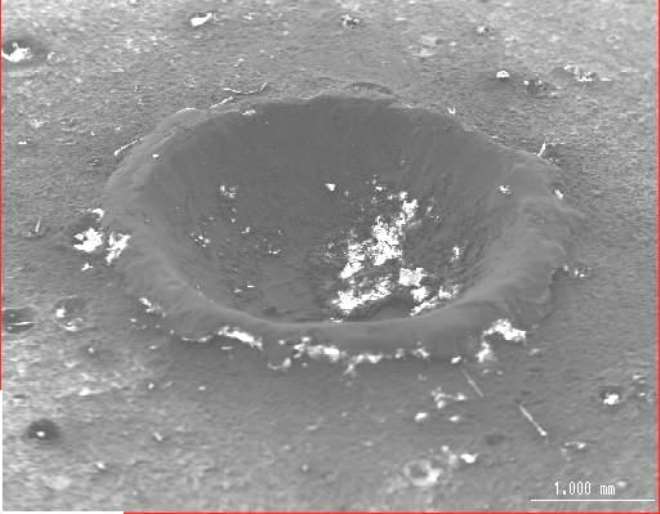 Looking somewhat like Meteor Crater from the air, this is actually an SEI of one ofthe meteoroid impact craters on the surface of the helium tank. 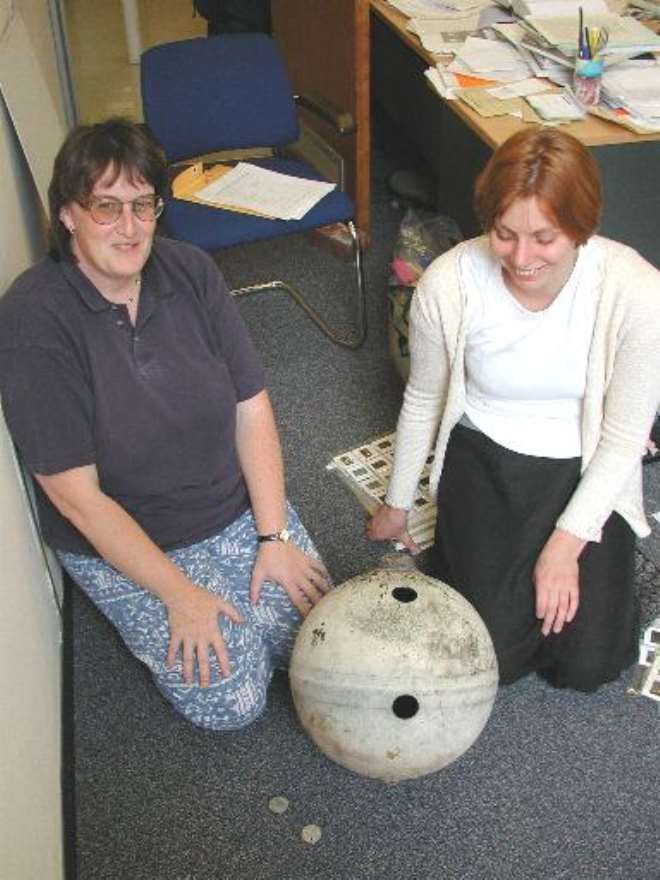 Dr.Monica Grady and Dr.Sara Russell in the Mineralogy Department of the NHM.The sample "disks" are in the foreground. 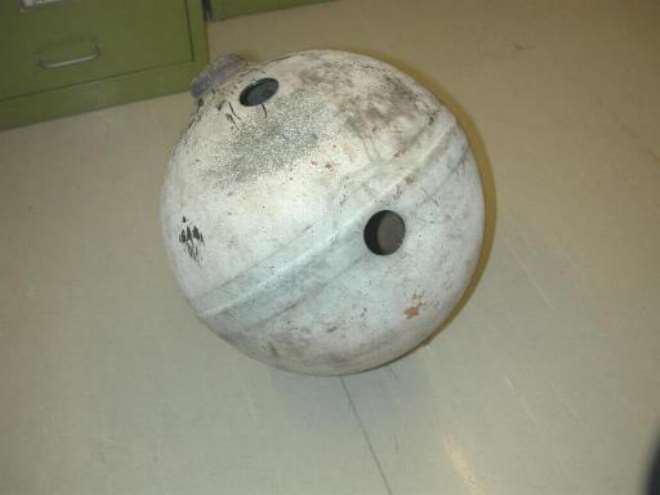 The "underside" showing where samples have been removed. 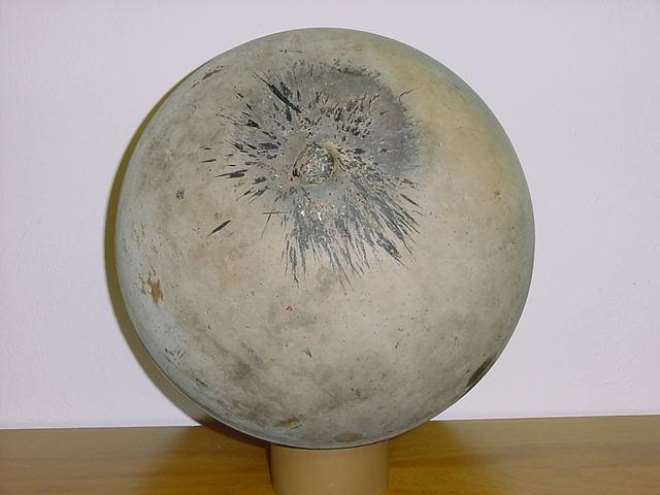 The "front" end of the tank showing the remains of the mounting rod and heavy ablation features. 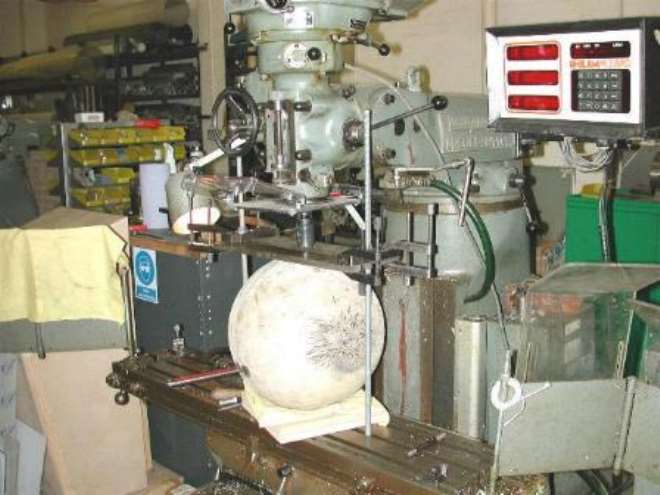 The machining of 2 samples for SEM study in the Engineering Dept. of the Natural History Museum, London.