Who incurred Woyome, others' debts? Ghanaians must know - Mills 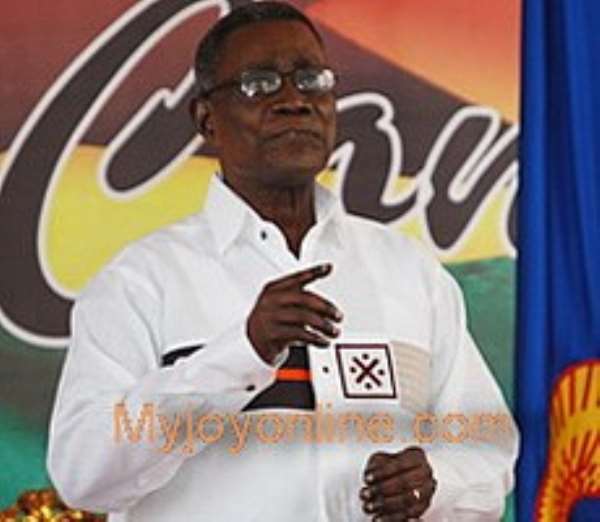 The President John Evans Atta Mills has yet again waded into the controversial judgment debt awarded to the NDC stalwart Alfred Agbesi Woyome, taking the fight, this time round, to the doorsteps of persons he said incurred the debt.

The President stated unequivocally on Friday that inasmuch as the government is worried about the quantum of money the State has paid as compensation for judgment debts, the public must also know who caused them.

In the heat of the payment of the contentious GH¢58 million to Vamed/Waterville Engineering and Mr. Alfred Woyome as judgment debt, President J.E.A. Mills this week directed the Economic and Organized Crime Office (EOCO) to investigate the circumstances surrounding the whole issue. The directive also asked the EOCO to find out the total amount of monies paid out as judgment debts since the Mills administration took over the reins of government on 7th January, 2009 and who the beneficiaries are.

But President Mills, speaking in an interview with Radio Gold on a wide range of issues in his office, maintained that the beneficiaries of judgement debts are not his target.

“I would want to tell the beneficiaries that I am not out to embarrass them, no, the allegation was made that Mr Woyome was paid because he was NDC. I want the whole of the country to know that since we came to power we have paid a lot of judgement debts, and the country must know the size of those debts, who incurred them.

“And the payment, perhaps, as further step, we have to find out who incurred the liability because if the court awarded the judgement or awarded the cost, whatever it is, it's a way of saying that the beneficiary is entitled to it.

“Now who made it possible for that beneficiary to be entitled to that amount? So we have to look critically at the issue. When were these debts incurred and who were responsible."

He said his government is also ready to take up the challenge by the Minority NPP in Parliament who have asked the President to institute an independent public inquiry into the case, noting hopefully that persons who might have “Willfully caused financial loss” to the State would be exposed for the law to take it course.