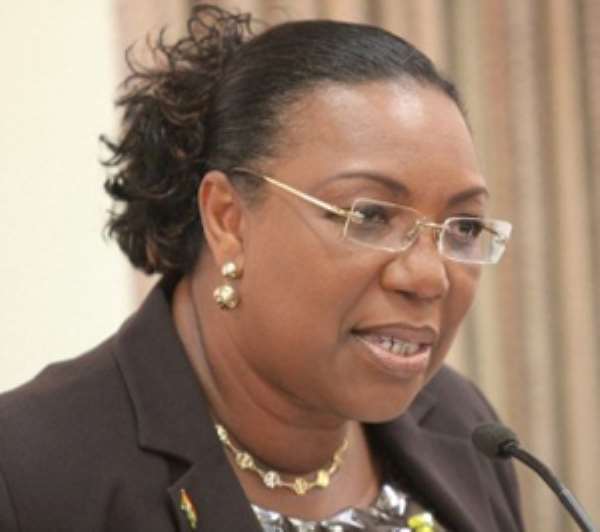 The New Patriotic Party (NPP) minority in Parliament has revealed that the NDC financier, Alfred Agbesi Woyome, was paid a whopping GH¢58 million in a judgment debt and not GH¢42 million being reported in the media.

The minority has called on President John Evans Atta-Mills to relieve Betty Mould-Iddrisu, the former Attorney General and Minister for Justice, of her current ministerial post as education minister for being 'negligent, reckless and unprofessional' in the case.

They have also urged the president to probe the case since the manner in which Woyome was awarded a judgment debt smacks of corruption and that amounts to financial loss to the state. The minority described the amount as the 'single largest loss' to Ghana since independence.

'We demand investigations into this fraudulent contract,' Minority Leader Osei Kyei-Mensah-Bonsu told the press in Accra at the House of Parliament.

He said Mr. Woyome never entered into any contract with the government of Ghana during the tenure of the NPP administration and therefore cannot sue as an individual let alone receive such huge amount.

'Woyome sued for services rendered in 2001 when the NPP government hadn't bid for the 2008 Africa Cup of Nations rights,' he said.

Woyome has spent time in the last few days justifying his right to the judgment debt received in 2010 for what he has widely described as the illegal termination of a contract awarded him to renovate some stadia towards Ghana's hosting of the 2008 African Cup of Nations.

Mensah-Bonsu claimed that President Mills' request for a detailed report into the case is a 'self-serving' attempt to 'protect one of his own. '

'He [Mills] is seeking to buy time… we demand that instead of a self-serving report, a truly independent inquiry like the [email protected] probe must be instituted to cleanse the soul of the nation and appease its spirit.

'There are more questions than answers,' he added.