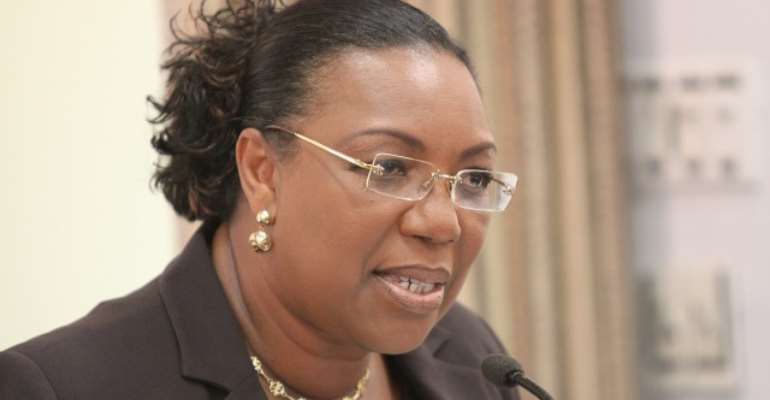 Somanya (E/R), Dec.19 GNA - Mrs Betty Mould-Iddrisu, Minister of Education, has promised that Government would resolve shortcomings that may occur in the implementation of the Single Spine Salary Structure (SSSS) for teachers in the country.

She said Government had recognized the contributions and sacrifices of teachers towards achieving meaningful and quality education for Ghanaian children, and would listen to their concerns, which would be addressed at the appropriate time.

Mrs Mould-Iddrisu said this in a speech read on her behalf at the Speech and Prize Giving Day of Yilo Krobo Senior High School in Somanya on Saturday.

It was organized on the theme: “Partnership of School, Community and Government in Achieving Quality Education for the Ghanaian child”.

The Minister said Government considering the contribution of education towards national development, has over the past three years introduced interventions aimed at promoting quality education at all levels.

Mrs Mould-Iddrisu urged Ghanaians to contribute to the education of children to wards national development.

The Minister advised students to desist from smoking, occultism, homosexuality, lesbianism and disrespect for authority and instead study hard and pass their examinations.

She asked parents to show interest in their children's education and said “If students see that their parents have interest in what they do at school, they will be motivated to learn”.

Mr Matthew Bawah, the Headmaster of the school, said results of students in the West African Senior School Certificate Examination had improved significantly.

He said despite the achievement the school lacked adequate girl's dormitory, faced perennial water shortage and appealed to Government and stakeholders to come to the aid of the educational institution.