95 percent cocaine barons are NPP; Mills must sit up or… 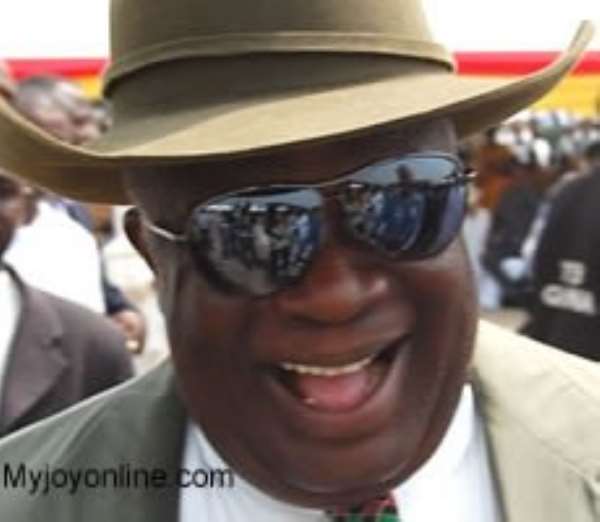 Free-speaking Charles Kofi Wayo is advising President Mills to set up a crack team of investigators to crack the puzzle of what he suspects is a drug ring determined to smear his government with cocaine.

Wayo, who says he does not believe that the fact-finding committee set up by the Chief Justice to unravel the mystery of a cocaine exhibit said to have turned into baking soda while in the custody of a court trying a woman for drug offences, also said he knows some members of the committee to have 'connections'.

While he would not talk about those persons or the nature of connections he claims to know about because he is not allowed to talk a lot of things, he said it is time Ghanaians are told the truth about cocaine – that about 95 per cent of the drug dealers belong to the New Patriotic Party, which he said tolerated them during its reign under the Kufuor administration.

“The question is this, 77 parcels of cocaine were missing, remember? What happened to the investigations? Did anybody go back to check what happened? Where are the people involved? Nothing. Then now it happens again. Now I'm glad the NPP people are saying, I heard them saying that 'ok, they were calling them Narcotics People's Party so they are glad the Atta Mills government too is.' So are they telling the nation a moral that they were doing it and Atta Mills' government is alleged to be doing it, so this is one-one, this is a good way to live?

“The cocaine that they said they kept there, the first one was konkonte, this one they say it was a baking soda, now the question is this, who are involved? This is what has to be unraveled, ok. This has to be unraveled and the question is, what are the connections in the Standards Board, (Ghana Standards Board) the investigations must be concentrated there, the place they tested it. Under what circumstances did they allow the second test… is there any connection between the Standards Board and that woman, the intelligence officers should go and find out.”

Kofi Wayo who posited that it is obvious President Mills' communication group is no match for the lawyers - “trained tactical liars” - who are the top notch of the New Patriotic Party, said lies and calumny should not be allowed to rule the day. “No we cannot allow that.”

“Atta Mills, right now, ought to sit down and reconsider his strategy because you know the attack is on him, a lot of it is not true but the NDC guys who are saying that oh, the NPP did it, so what? You cannot say that, NPP did it that's why the people threw them out, that does not give you a right to do it so you shouldn't even make that kind of statement. I'm sure making that kind of statement, you are indicting the president, who is clean because he is the first African, in fact even the first president in the world who subjected himself to a search because he knows there is a problem. To assemble a team to crack this can be done… the president is under siege and he's got to recognize that he is under siege and act accordingly. He has the power, he has the police power, he has the military power…,” said Kofi Wayo.

He named a number of security operatives whom he said are crack detectives who when organized psychologically can crack the puzzle, insisting the call is urgent.

“The situation is dire. They want to smear good old Mills, ok, and the whole world knows that he's cut them off a little bit, you know, the narcotics gangs and they are hurting and they are coming back like gangbusters, ok, unless he sits up, unless he sits up (he giggles), things aren't looking too good, you know . Since he has that kind of will …, I believe that we'll all get together and try to (help), it's a national thing, this is not NPP/NDC thing, it's a national thing except Atta Mills is in charge.”