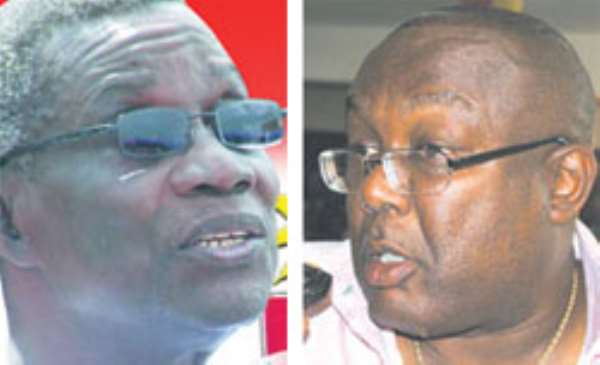 Both the military and civilian workers at the 37 Military Hospital in Accra are still seething with anger over the refusal of the management of the health facility to pay them the new salary under the Single Spine Salary Structure (SSSS).

The soldiers claim the government had released the money to the hospital, but for some strange reasons, the hospital management had refused to pay them at the time their colleagues at the Police, Ridge and Korle Bu hospitals had been paid the new salary.

Speaking with The Chronicle to express their frustration over the way they were being treated, the workers said the military High Command, which has oversight responsibility over the affairs  of the hospital, had not responded to their call to probe top officials manning the state-owned Military Hospital.

According to the soldiers, credible information at their disposal indicated that some top management members of the hospital had been using their money to invest in a popular financial institution with a historical link to the military.

It is only after they had collected their profits that their monies are paid to them. This normally delays the payment of back pay due the staff.

The soldiers also alleged that President Mills gave them some allowance to cushion them for the suffering they went through when doctors went on a nationwide strike, but up to date, the money had not been paid to them.

No reason has also been assigned for this, but information they (soldiers) have laid their hands on was that one of their leaders was building a huge private clinic in Accra.

'Is it our money that is being diverted to execute this ambitious private project?' One of the aggrieved soldiers asked.

The soldiers regretted that despite the failure of the hospital to pay them what is legitimately due them, the military hierarchy announced, through an in-house newsletter, 'Part One Orders', that it was going to establish a bank.

According to them, after the publication, they went further to organise a durbar this year to announce to staff that plans were underway for the military to establish a bank.

To them, if the military had money to set up a financial institution, then they did not understand why the management of the 37 Military Hospital could not pay them all monies due them, including the Single Spine, which had been released by the government.

In a telephone interview granted this reporter a fortnight ago, the Public Affairs Director of the Ghana Armed Forces (GAF), Colonel Mbawine Atintande, said he was not aware that the Single Spine for the military men and women working at the hospital had been released.

He promised to check the authenticity of the information, but pleaded with the workers to exercise restraint, because if it was true that the money (SSSS) had been released by the government, it would have to go through a process before it is finally paid.

Colonel Mbawine, however, dismissed claims by his colleagues that some management members were using their monies to buy treasury bills, contending that it would never happen.

In an interview granted The Chronicle, which was published in the Friday, December 9, 2011 edition, the soldiers said their PRO might not be privy to certain information, and called on the government and the Ministry of Defence to institute a probe into the allegations they have made, instead of dismissing it outright.

The soldiers are not particularly happy that their SSSS was not paid to them before the Christmas holidays, for them to take good care of their families.