If you are not selfish means you are weak 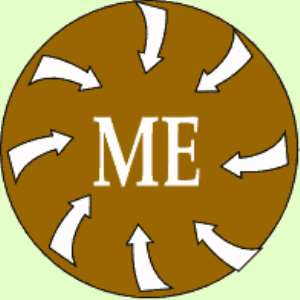 Who is the most selfish person on earth, the weak or the strong? Do we know the real meaning of the word selfish? The meaning or answer of the word 'selfish' one cannot simply grab either from a dictionary or from any English text. One needs to look at the animal world only then the meaning for the word as well as who is really selfish in nature can be understood or learned.

The disposition of selfish behaviour animals largely exhibit only during feeding or breeding season. This is a very common thumb rule most animals follow. The interesting point is that who is selfish in nature, the weak animal or the strong animal?

It is not plenty of food availability makes these animals to be benevolent or tolerant towards others but only their weakness makes them non-selfish. None of the grass eating animals are investing any special effort in getting their food. When they do not work or put any serious effort in obtaining their food, they need not be selfish in protecting their food or have no right to be selfish also. By being non selfish, in fact they can ensure their protection. It proves the fact that non selfishness always goes with weakness.

Whereas, these animals exhibits selfishness in defending the young ones or territory or their mate because in all such instances, they have invested effort and energy hence are selfish.

If we watch the life of predatory animals, be it a wild dog or a cat or a tiger or a lion or an eagle etc., they all defend their food that they hunt and obtain. They try to establish their ownership as they only have hunted the prey. The effort they have invested only makes them selfish as they have every right to be selfish also.

In many occasions, the big cats may snatch the prey hunted by the small predators. Such an act proves the fact that only the strong can be selfish and never the weak as lion is stronger than all other relatively smaller cats.

Self centered attitude must be distinguished and isolated from the word meaning selfish.

How does this discussion become relevant or useful to the corporate? Contributors will naturally be selfish. If someone displays selfish trait more often, although it may not gel well with the corporate etiquette, but such people have to be understood and respected as performers or contributors by the organization. Remember, those who show or sell themselves as non selfish are really weak and contributes the least.

Only those who have achieved something or believe that they have the strength to achieve only will behave selfishly. Act of greed, jealous, cheating or cunningness should not be interpreted as selfishness thus leading to the conclusion of strength, contribution and performance.

Even from an act of selfishness, performers and leaders can be identified by the corporate provided they show right temperament and sensitivity.

I don't recall we ever changing a leader in the middle of a ...
59 minutes ago