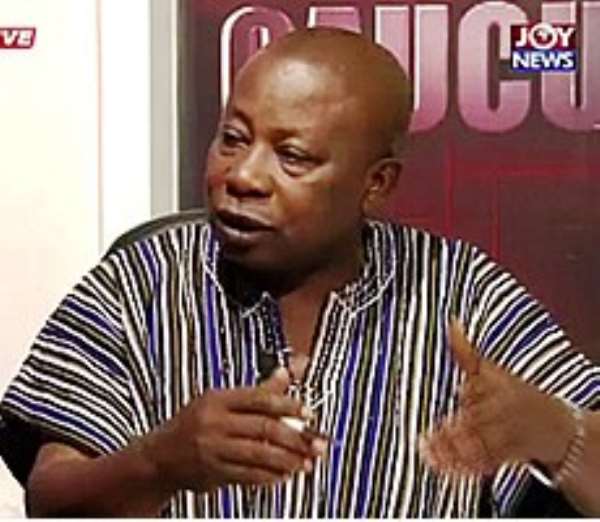 A stalwart of the New Patriotic Party (NPP) and member of parliament for Dormaa West, Kweku Agyemang-Manu, has served notice to the National Democratic Congress (NDC) that his party intends to use the cocaine saga for propaganda purposes as payback for what the NDC meted out to the erstwhile Kufuor administration on a similar case.

According to Agyemang-Manu, “when President Kufuor was [in power], cocaine turned into konkonte, then all of a sudden it was President Kufuor. All of his ministers and his party and all NPP people were cocaine peddlers and they were the corrupt people who were dealing with cocaine in this country.”

The former deputy Interior Minister said instead of the state concentrating on the appropriate institutions to carry out investigations in order to punish those who were complicit in such controversial narcotic cases in the past, “we just attacked politicians, created a very bad perception of one political party.”

He said now that the tables have turned, the very people who were accusing former President Kufuor of masterminding the narcotic trade are ducking and striving to absolve the sitting president: “what type of double standard is this?” he asked.

When host of the programme, Matilda Asante, enquired whether the NPP was going to retaliate based on what some NDC members said in the past, Mr Agyemang-Manu stated; “don't you realize that they always keep on making references to [what happened in the past]? So we wouldn't let them go scot free. Let us finish the one-one draw first before we start looking at things.”

But deputy Chief of Staff at the Presidency, Alex Segbefia who was also a panellist on the programme called the bluff of the NPP, insisting that the two parties do not belong to the same ilk.

“There were a series of events that led to [the Kufuor] government being accused and the opposition is trying so hard on one incident to begin to equate us (NDC) as equals. We are nowhere close.”

He recounted incidents where 77 parcels of cocaine were said to have disappeared at the airport, cocaine in transit from NACOB disappeared, and the mysterious metamorphoses of cocaine into konkonte in the police custody, as clear examples of the endemic and thriving narcotic trade under the erstwhile Kufuor administration.

He said the Kufuor administration was dragged into the matter because it seemed nothing was being done to arrest the profusion of drug related cases.

He said unlike the NPP administration, the Mills-led government faced the drug trade head on and accomplished a lot within three years of being in power and thus, it will be inappropriate for anyone to compare the two administrations.

Mr Segbefia is also of the conviction that governments must be held accountable when narcotic drug cases go through the roof.

“Why is it that when something becomes extremely difficult, we then assume that it should take the proportion of a national issue as opposed to a government one which is political? I disagree. This is, yes, a government issue but government is in charge of the institutions that are going to deal with these issues, so government should have some responsibilities towards it.”

He said the way a government deals with such problems can demonstrate its commitment to fighting the menace.

He raised red flags about why the court decided to grant the lady at the centre of the case bail again even though she jumped bail the first time.

He blamed the court for keeping the cocaine prior to the hearing, stressing that the court does not have what it takes to safeguard the drugs and that it should have remained with the police. He said the way the drugs changed hands with the court and the police will make it difficult to identify where it was swapped and who to hold responsible.