Oh To be Born Free - Without the Human Immunodeficiency Virus 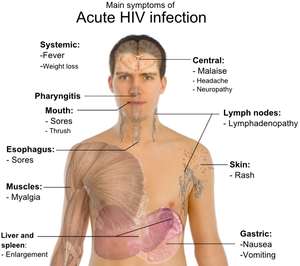 (CNS): Every child has the right to be born HIV negative, even though one or both of the parents may be living with HIV. According to the UNAIDS 2011 report, there has been a 50% decline in the number of new HIV infections in India which fell from 2.4% to around 1.21% in 2009. Yet we are far from achieving the UNAIDS goal of zero new infections, zero deaths and zero discrimination by 2015. These goals were also at the centre of scientific deliberations at the ongoing 4th National Conference of AIDS Society of India (ASICON), which is being held at the Sanjay Gandhi Postgraduate Institute of Medical Sciences, Lucknow, from 16th to 18th December.

According to Dr Ishwar S Gilada, Secretary-General of AIDS Society of India (ASI), "It is a shame for us that we cannot protect the rights and lives of our children. Zero new infections can become possible by preventing parent to child transmission, where one can have 100% prevention in the child. Each of these survivals would amount to saving 68 years of normal life, whereas by saving one adult we save only 10 to 15 years."

Dr Hoosen Coovadia, Scientific Director of Doris Duke Research Institute, Durban, also feels that the elimination of parent to child transmission of HIV is a realisable goal in developing countries. According to him, "The effectiveness of PPTCT interventions against HIV-1 is one of the greatest successes in the basket of prevention strategies used to control the HIV epidemic. The benefits of intervention programmes directed at all three routes (in utero, during delivery, and postnatal during breastfeeding) of transmission of HIV-1 are evident in industrialized countries where transmission rates have fallen from about 25% to under 2% and survival of infants has increased. However in resource poor settings PPTCT services are often unavailable or inaccessible. The use of artificial milk formulas instead of breast milk to prevent postnatal HIV transmission, especially during the first 6 months of life is associated with growth failure, high morbidity, malnutrition and even death."

In an exclusive interview to Citizen News Service (CNS), Dr Coovadia emphasized that, "It is not enough just to reduce parent to child HIV transmission rates, but it is equally important to increase survival rate of infants. Children are not just dying of HIV but also due to malnutrition, diarrhoea and pneumonia. Exclusive breastfeeding for the first six months (followed by non-exclusive breastfeed till 18 months) is critical to the issue of survival and health of the infants. One of the major advances made in recent years is in reducing HIV transmission through mother's milk to very low levels of just 1% to 2%."

Dr Coovadia recommended a combination of two drug therapy for preventing HIV transmission and improving survival - the drug Zidovudine (AZT) during pregnancy and Nevirapine during delivery and for about 10 days after. To reduce breastfeed transmissions either the mother can be given HAART (highly active antiretroviral), or Nevirapine can be given to the baby for about 6 months. He prefers the second option as it is better and more cost effective.

Dr RR Gangakhedkar, Deputy Director of National AIDS Research Institute (NARI), an Indian Council of Medical Research (ICMR) institute in Pune, and Dr Gilada also plead for a multidrug regimen instead of the outdated single dose nevirapine which is currently used in the Indian government's PPTCT programme. Dr Gilada laments that PPTCT programmes are not very powerful in our country, and unless they shift to the two drug regimen, it would be very difficult to achieve zero new infections. According to him a much better option is Lopanivar plus Ritonavir given in the last trimester for 6 to 8 weeks offers 99% protection.

Let us hope that the National AIDS Cotnrol Organization (NACO) would bring about a qualitative as well as quantitative change in its intervention programmes targeted at reducing transmission of infections to newborns. Of course, there is no single magic bullet to curb the epidemic at large. So a cocktail approach will be needed, depending upon the targeted populations which could be as varied as male/female sex workers, innocent housewives, migrant labour, injecting drug users, men who have sex with men. But above all, we will have to bring about a social, economic and political improvement in the lives of women, so that they are able to exercise greater control over their sexual and reproductive health rights, and demand an end to the needless spread of this chronic infection. (CNS)