Will the African Integration Revolution be Televised? (3)...especially when Africa is rising? 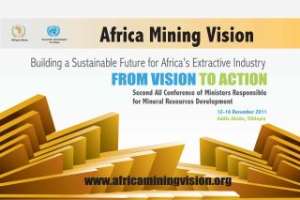 By E.K.Bensah Jr
Even if the cover story of the latest Economist is somewhat of a redemption of Africa's “loneliness” on the global stage, truth is Africa did not need that kind of endorsement before realising it is going places. Admittedly, the apology-of-sorts by the magazine for calling Africa “a hopeless continent” back in 2001 can only serve to vindicate the efforts made by the eight AU-recognised regional economic communities populating the continent.

Truth be told, it is almost hard to believe that it was only two weeks ago that the African Union rejected the Economic Partnership Agreements, telling the EU that their priority is regional integration. It is also hard to believe that it is only four years ago that the so-called Grand Debate on Union Government took place in Accra when Ghana played host to the AU Assembly of Heads of State. I mention this only to remind us that when we couple that July 2007 meeting with the ECOWAS Ministerial Monitoring Committee meeting and 7th Session of the Conference of African Trade Ministers in early December, it is easy for us to speculate that by some twist of fate, Ghana continues to play host to tectonic changes on the African integration landscape.

Elsewhere, this would have created the imperative among the populace to be better-sensitized to the developments in the African Union and regional economic communities. Seeing as we depend a lot on hope in this country, it seems we can only hope that more of the Ghanaian media looks beyond reporting on politics excessively.

As I write this, the UN Economic Commission for Africa(UNECA) is hosting a meeting in the home of the AU for the 2nd African Union Conference of Ministers Responsible for Mineral Resources Development.

According to a press release from the UNECA, “a key premise of the AMV is that mining should become a catalyst for broad-based sustainable development. The Mining Vision argues that until now mining has been run as an enclave activity, meaning that the economic and social linkages within Africa itself have not been as strong as they should be.”

Secondly, according to the AMV, African governments have “focused too much on getting revenue from mining and not enough on using the industry as a catalyst for development.” Going forward, the industry has to do much more to encourage enterprises “develop around mining centres.”

In fact, one of the major outcomes of the Conference is to launch a new major report, “Minerals and Africa's Development” that was drafted by an expert technical task force – the International Study Group, which includes the Accra-based Third World Network-Africa – established under the United Nations Economic Commission for Africa (ECA).

The UNECA release states that “the Report reviews current mineral regimes across Africa and against this background sets out the policy implications for implementing the Africa Mining Vision. The main recommendations of the report, and the Vision itself, have formed the basis for an action plan which will be agreed at the Conference. The plan is expected to form the basis for implementing the vision.”

This significant development is consistent with the “Productive Capacity Cluster” of the “Action Plan for boosting intra-African trade” I touched on in the first part of this three-parter.

Simply put, the action plan pointed the finger of blame for Africa's woeful productive capacity on the low level of intra-African trade. The imperative, therefore, is to effectively implement initiatives like the African Mining Vision, which are considered essential for the enhancement of the productive capacities of African countries and for the boosting of intra-African trade. Regrettably, much of this momentous development seems to be taking place on the blind side of most of the African media!

When Africa rises, it's thanks to the people
As you may well know, all is not entirely lost—as exemplified by the relative success of two weeks ago when Ghana's Minister of Trade and Industry had to, in effect, capitulate to her hostile intentions of forcing Ghana to sign an interim Economic Partnership Agreement with the EU. This might not have happened without a people-centred intervention, including a major statement launched by West African civil society, including the Accra-based Economic Justice Network.

In the “Joint Statement by the West African Civil Society Platform on the Cotonou Agreement(POSCAO), Economic Justice Network of Ghana and the Secretariat of the Africa Trade Network…”, the statement included sections on “Unity for Development not EU Deadlines”; “Current contentious issues in the EPA Negotiations”; “ECOWAS CET”; “EPA Development Programme (PAPED)”; “ECOWAS Solidarity Fund”; “Programming Alternatives to the EPA”; and “West Africa, the EU and current development in the World Economy.”

Some of the demands include welcoming the initiative of Nigeria on the ECOWAS Common External Tariff rate to raise it from 35 to 50 percent, “collectively tak[ing] this as a point of departure for finalizing [West Africa's] CET”; supporting the statement made by the ECOWAS's Director of Trade “that a proper and binding PAPED” is a “precondition for an ECOWAS EPA and hold West African officials to this commitment.”. In addition, there is the call by West African civil society to “immediately establish its own Solidarity Fund to enable members absorb associated [costs] with the EPA in the short-term.”

Now while the EPAs are not common currency in the discourse of Ghana's national development, it is conceivable that the statement offered a degree of policy space even for West African diplomats to use the sliver of opportunity to engage civil society in a way that might not have been possible a decade ago when civil society agitations were in their infancy.

In conclusion, we can draw our own conclusions as to whether Africa is on the cusp of significant and palpable change. I will not lie to you and pretend I feel it isn't. There is enough happening around the African Union—from its celebration of its tenth year in September 2012; and its AU summit in January on boosting intra-African trade—for one to be conceivably excited over prospects for growth and economic emancipation. Africa has been rising a long time – just that it was not being articulated as strongly as now. In between the trough and crests of structural adjustment and Breton Woods prescriptions lay buried an African Integration narrative that is now asserting itself. Africa, arise!

In 2009, in his capacity as a “Do More Talk Less Ambassador” of the 42nd Generation—an NGO that promotes and discusses Pan-Africanism--Emmanuel gave a series of lectures on the role of ECOWAS and the AU in facilitating a Pan-African identity. Emmanuel owns "Critiquing Regionalism" (http://www.critiquing-regionalism.org). Established in 2004 as an initiative to respond to the dearth of knowledge on global regional integration initiatives worldwide, this non-profit blog features regional integration initiatives on MERCOSUR/EU/Africa/Asia and many others. You can reach him on [email protected] / Mobile: +233-268.687.653.