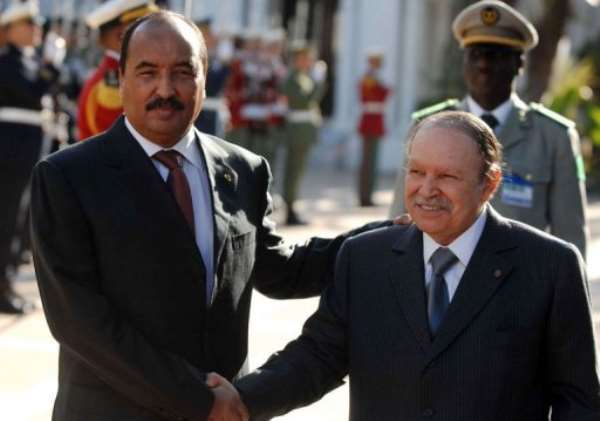 ALGIERS (AFP) - Algeria and Mauritania's leaders Tuesday vowed to beef up security in the Sahel region, where Islamist militants are holding a dozen Western hostages.

Algeria's President Abdelaziz Bouteflika and Mauritania's Mohamed Ould Abdelaziz made the commitment in a joint statement issued at the end of a four-day visit to Algiers by Ould Abdelaziz, the APS news agency reported.

The fight against terrorism in the Sahel, where the militant group Al-Qaida in the Islamic Maghreb (AQIM) is active, requires the cooperation of the countries of the region and their international partners, they said.

The two presidents expressed their satisfaction with efforts by their countries as well as neighbours Mali and Niger to combat terrorism and cross-border crime, saying they were "beginning to bear fruit".

AQIM, which has its roots in Algeria, has rear bases in Mali from which it carries out armed attacks and kidnappings in the Sahel, where the group is also involved in arms and drugs trafficking.

AQIM and a breakaway faction of the group are holding 12 Europeans hostage in the Sahel, the southern rim of the Sahara desert.

The two leaders also said they were willing to cooperate with the new Libyan authorities, and vowed to reinvigorate the Arab Maghreb Union made up of their countries and Morocco, Tunisia and Libya.

On Syria, they said they want to give a chance to an Arab initiative. Arab League foreign ministers will meet in Cairo on Saturday to respond to Syria's proposal to admit observers in exchange for an end to regional sanctions.