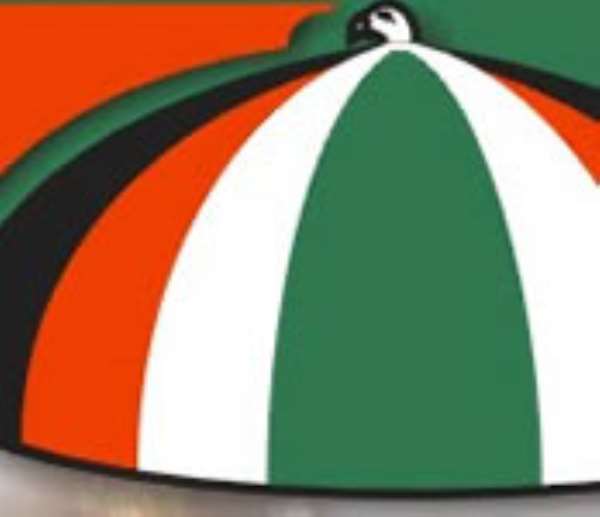 During kufuor's 8-year administration, some group of unrepentant agitants in our nation, arrogated to themselves, the infamous title of being the conscience of the nation and mouth-piece of the so-called down-trodden.

This group of people who claim to be followers of the Great Osagyefo but have abandoned his great organizational skills and sold their non-existent integrity for pittance, were the very people that mercilessly criticized their very own CCP's president Hilla Limann until he was overthrown through a military coup, reduced to a common pauper pushing his jalopy pick-up truck on the streets of Accra till his ultimate demise.

A prostitute lecturing on celibacy
These people, particularly Kwesi Pratt, has been heard advising Samia Nkrumah to be all-embracing and work to ensure a total unity of the CPP.The question is: why should a principled, loyal and astute politician as Samia Nkrumah be taking any lesson on political activism from a first class political prostitute as Kwesi Pratt, a person who has clearly demonstrated over the years that himself and genuine dedication to a particular course are extreme bitter rivals? Pratt advising Samia on how to foster unity in the CPP is just like a highly experienced prostitute giving a lecture on celibacy.

This is a person who used to enjoy very sumptuous meals with Kufuor at the seat of government, every afternoon but completely changed his tune when that 'nkwan deewa' he was enjoying with Kufuor seized to flow. He then directed all his energies into defending the Rawlingses and even described the NRC as a deliberate agenda to tarnish the image of their image. The commissioners, particularly its chairman, the late Mr. Amuah-Sakyi, were subjected to persistent vicious verbal attacks.

Bishop Palmer-Buckle was described as a fake man of God when he shed tears during a gory evidence of a victim. A victim who died whiles giving evidence before the commission was described as a liar who had been given instant justice by God. Professor Ken Agyeman-Attefuah's woes in the hands of the current government have its roots firmly rooted in his position as an executive secretary of the commission. These people said the whole NRC concept had rather garnered public sympathy for the Rawlingses.

Permanent interests
But because the tables have now turned and the Rawlingses are no longer in the driving seat of the gravy-train, these very same people who defended them to the hilt at the time, are now using the very same revelations at NRC to paint the Rawlingses as murderous people. Indeed, some of these political-chameleons are just like the Americans they have ironically been condemning: they have permanent interest but not permanent friends and this should be a great lesson to all political office holders.

At the time these people were sleeping on the same bed with Rawlings under the Kufuor administration, Ghanaians who had anything good to say about Kufuor was tagged as “people who have sold their conscience and are in-bed with the government”. The argument of Kwesi Pratt and his cohorts, at the time, was that “it is the responsibility of every government to provide the needs of the people so nobody has to commend the government for anything”. They said it is the responsibility of every citizen to rather forget the positives of a government and rather dwell on their failures in order to keep them on track.

But today, the tables have turned and the tunes of these political-hermaphrodites have changed accordingly and there is a constant singing of highly melodious tunes about the Atta-Mills “distribution of school uniforms” as a novelty. Because their 'nkwan deewa' stomachs are always being filled with 'edufudzie' by Atta-Mills, these loud-mouths with absolutely no personal integrity, are now referring to some of us who criticize the useless Mills-Mahama administration as “judases who are refusing to see the Dubai-like society being built under our very noses.

when i heard the obsolute senseless vituperatively vituperative vituperations of kwesi pratt against the NPP at a CJA press conference held on 7/12/11,i had no doubt in my mind that the man suffers from an acute form of mental disorder. And my reasons are these:

1.This is the person who saw nothing good with kufuor's regime.

2.He said no government deserves praise for embarking on development projects because it is their duty.

3.He said the main aim of any true journalist is to criticize only the government and not the opposition because it is the government that collects and manages the nation's taxes.

4.He said it is the legitimate right of every ghanaian to work tirelessly to bring down a government that he/she thinks it is not serving either his/her interest.

Now,jaxtaposing these ideals vehemently propounded by Kwesi Pratt,during the kufuor administration and his current intimately unbridled 'political sexual intercourse' with the mills-mahama administration, it clearly proves the point that this abject 'nkwan deewa' Kwesi Pratt's conscience is purely controlled by the unquenchable urge to fill his stomach.

Pretentious Judas
But the point is: There is absolutely nowhere in the bible where it stated that Judas ever came out in the open to speak about the ills of society.Rather, he kept his wicked intentions and pretended to be the most loyal disciple until the day of reckoning finally caught up with him where he confessed his sins and went on to hang himself.

The true intension of judas, as some of us are being characterized by Kwesi Pratt and his 'nkwan deewa' brigade, was not to seek the welfare of the entire group but his own. And this wicked intention of his came out when the harm had already been done. His death was therefore such a disgrace to the point where the money he returned as the price for betraying Jesus, was jettisoned by everybody.

The potter's field
That money was then used to purchase a piece of land where strangers, destitutes and imbeciles are buried up to date. And this place is what is referred to as the "potter's field" in the bible. And for me, some characters within our midst are rather the perfect carbon-copies of this biblical Judas. They have absolutely no good intentions for the Ghana. Their daily pre-occupation is how to get something to fill their gluttonous stomachs. They are ever-ready to pour vicious verbal venom on decent Ghanaians with very much progressive but divergent view.

And it is my fervent prayer that the lord almighty have mercy on the souls of these political-hermaphrodites and make them turn a new-leaf so that the good people of Ghana do not end up purchasing acres of "potters-field" all across the length and breadth of this great nation of ours, in January 2013, with the blood-money which will be returned to us by the likes of Kwesi Pratt and his cabal of shameless political prostitutes, in respect of the gains they are currently raking for their shameful betrayal of the so-called suffering masses they have always claimed to be fighting for.

Winning by “hook or crook”
Inspite of all this high-grade visionlessness and unflinching support of kwesi pratt oand his bunch of 'chop-chop' noise-makers, Atta-Mills and some of his close associates have often been heard saying they are going to be in power for decades and that whoever misbehaves during elections will be drastically dealt with and the following are some pronouncements made by appointees of the current administration, to that effect:

(1) "We will win by hook or crook": Nii Lantey-Vanderpuije

Now, if they hope to continue staying in power because the masses are happy with their totally abyssmal performance, then that will be fine. But if they are hoping to use brute-force and plain-faced 'akabinsem' to perpetuate themselves in power, even after being fittingly rejected at the polls in 2012 by the popular will of the citizenry, because they have visibly failed to deliver on their numerous illusionist campaign promises, then they must better look at the examples of Tunisia, Libya and Egypt. They must be reminded of the fact that the spirit of "all-die-be-die" will be put into full swing to restore the popular will of the Ghanaian people at all times.

Now, before the Tunisian president was chased out of power, he had just used 'kuluulu' means to win elections with over 90% of the votes. Therefore, “nobody should dare”(with all opologies to the one and only bull the at seat of government) underestimate the popular will of a highly infuriated and determined people to change the course of their destiny.

More Feature Article
Modern Ghana Links
The December 7th polls must be held peacefully
Instituting Constitutional Monarch in Ghana as the head of state and ending tyranny of the security forces: returning to original Africracy where governmental power resides with traditional rulers
Rawlings was far ahead of Nkrumah
John Dumelo Is an Opportunist Who Needs to Be Called Out
Who are you voting for?
Why The Discrimination Against Non-professional Teachers in The Payment of Teachers Professional Development Allowance?
Bright Philip Donkor: Peace, non-negotiable let’s embrace it
Calling on All Cocoa Farmers to Vote Massively for Nana Akufo-Addo and NPP
Is Martin Amidu the Only Wiseman in Ghana?
Dossiers Quotes Coronavirus
TOP STORIES