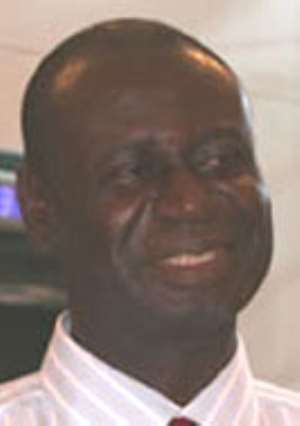 The Kumasi Metropolitan Assembly   (KMA) is revising the bye-laws on transport, to provide the requisite environment for their effective enforcement.

The move is expected to ensure the free flow of traffic, which is a major challenge to the city authorities, and remove some of the challenges facing the Urban Transport project, which commenced in 2007.

The Metropolitan Chief Executive (MCE), Samuel Sarpong, made the disclosure at the inauguration of a Permanent Joint Enforcement Task Force for the KMA and Ejisu-Juaben Municipal assemblies on Friday.

The US$95 million Urban Transport Project, co-sponsored by the World Bank, Global Environmental Facility Trust Fund (GEF), Agence FranÃ§aise de Development (AFD) and the Government of Ghana, is aimed at improving upon urban mobility in Ghana, and promote a shift to a more environmentally-friendly mode of transport, by lowering carbon monoxide emissions from vehicles along the pilot BRT passage ways in Accra and Kumasi.

The project will introduce a Bus Rapid transit (BRT) system that delivers fast, comfortable, reliable, safe and cost effective urban mobility, which system is being piloted in Accra, while option studies are being done in Kumasi for implementation.

In the Ashanti Region, the Kumasi Metropolitan Assembly (KMA) and the Ejisu-Juaben Municipal Assembly (EJMA) have passed bye laws for the BRT, for which registration of routes by various transport unions have been completed.

Mr. Sarpong hoped that the Task Force would live up to expectation, and work to eliminate the situation where drivers operate what is known as 'Short, Short' and charge multiple fares in the process.

He said the practice, which he described as undesirable, was in contravention of the KMA bye laws on transport.

The Mayor of Kumasi indicated that the Task Force would, among others, check the high level of indiscipline, including talking on phones while driving, to restore discipline among drivers.

He noted lapses in the effective enforcement of traffic regulations, and gave the assurance that with the support of support of the police, the Metropolitan Guards would control the situation.

The Municipal Chief Executive (MCE) for Ejisu-Juaben, Mr. Kwaku Afrifa Yamoah Ponkoh, said his administration was acquiring a six hectare piece of land for the construction of a modern terminal at Ejisu, to facilitate the Urban Transport project.

The National Commander of the MTTU, ACP Awuni, called for a formidable Task Force to ensure voluntary compliance of road regulations to curb the carnage on our roads.

He noted that drivers generally drive the economy, and as such, should consider their own lives and those who depend on them daily for their services.

The Deputy Minister of Local Government and Rural Development, Mr. Elvis Afriyie Ankrah, who has oversight responsible of the Urban Transport Project, said Ghana had the potential to change the mode of operations under the project, and hoped that the Task Force enhanced the prospects.

He announced that the Ministry was in close links with the private sector, under the PPP, for the establishment of terminals, and that work would begin on the terminals at Ejisu and Kumasi in January next year.

The Deputy Minister said 11 MMDAs (8 in the Greater Accra Region, two in Ashanti (KMA and Ejisu) and one in the Central Region), were operating the Urban Transport project.

He advised the task force to work to prohibit any activity that would not enhance safe public transport.