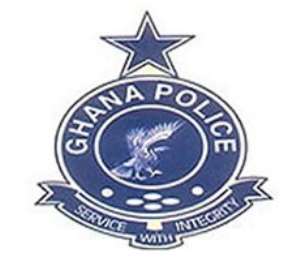 Three kids have burnt to ashes in the raging skirmishes between Fulani and Konkomba settlers in Gushiegu in the Northern Region where 13 people have died so far, with many in critical conditions.

The death toll has already been pegged at 20 by Fulani leaders.

The three children- aged one, four and seven- were abandoned by their parents at Offini, when their assailants struck and set fire on their dwelling place, burning them in the process without anybody rescuing them.

According to police source, when the attackers invaded the village in a reprisal attack, their parents took to their heels, living their kids behind.

The assailants therefore set the house on fire, burning the three kids to ashes.

According to the police, there was little they could do to rescue the kids when they saw the house burning, on arrival at the village to maintain peace after violence broke out.

Fulanis in settler communities around Gushiegu and other surrounding areas have started fleeing following continued attacks on them by persons believed to be of Konkomba extractions.

The situation, which is likely to escalate following the direction of arsenals to other ethnic groups who are resisting the arsons on the Fulanis, is further heightening tension in the area.

Some residents are upset with the conduct of the unknown assailants who are bent on wiping out Fulanis in the area.

Most of them who claimed they tried protecting the Fulanis from further harm, reported that they had become targets of the ensuing attacks.

The Gushiegu township is currently flooded by the presence of Fulanis who are seeking refuge for fear of further attacks on them and their dependants.

Earlier reports suggesting that Fulanis in other parts of the region were arming themselves for retaliatory attacks have been discounted by the Northern Regional Police Commander, George Tuffuor.

According to ACP Tuffuor, a joint military and police presence on the ground was capable of restoring peace in the area though the cause of the latest attack was not readily known.

Fulanis in the region are said to be uneasy following another report that one of them was murdered at Malshegu Duu, near Tamale.

The body of the victim, believed to be in his late 20s, has been deposited at the Tamale Teaching Hospital morgue pending autopsy and identification by relations.

Police preliminary investigations revealed that the deceased Fulani was gruesomely murdered by some unknown assailants as he sustained deep cutlass wounds on his head and right ankle.

It is unclear if the latest murder is linked to ongoing unprovoked attacks on Fulanis in four farming communities in Gushiegu.

An overnight attack on Fulanis last Wednesday by some irate Konkombas, left 13 of them dead including some women and children.

Police sources disclosed that homes of the herdsmen were set ablaze by the assailants.

Dozens of others who sustained various degrees of injury but managed to flee the scene sought medical attention at the Gushiegu Government Hospital.

Others whose cases were found to be critical were transferred to the Tamale Teaching Hospital for special attention.

The Northern Regional Security Committee, after a crunch meeting late Wednesday, visited the scene of arson on Thursday and is yet to make public the actual cause of the latest attack.

Daily Guide has however gathered that the latest outburst leading to the attacks has some remote cause relating to the Konkombas and Fulanis in the four communities.

District Chief Executive (DCE) of Gushiegu, Alhaji Alhassan Fusheini, who briefed security chiefs in the region during the visit, promised that the District Security Council would launch investigations into the matter.

Though REGSEC members would not confirm or deny the 20 deaths claimed by the Fulani Chief in Ghana, it has been gathered that 13 bodies have so far been recovered.