Ghana Cannot Afford To Be Complacent In 2012 Elections - Emile Short 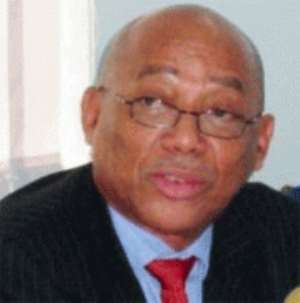 Mr Justice Emile Short, Former Commissioner of the Commission for Human Rights and Administrative Justice (CHRAJ) has observed that Ghana cannot afford to comprise peace and stability in the 2012 general election.

He said although the country has been touted from all quarters on the peaceful manner it had conducted previous elections since the return to constitutional rule, the violence, intimidation and other breaches of law and order during the bye-elections in Akwatia, Atiwa and Chereponi “are a sober reminder that we cannot afford to be complacent but must be vigilant in ensuring that we have a free, fair and peaceful elections in 2012”.

Mr Short made the observation when he launched, “The political parties’ code of conduct 2012”, in Tamale on Wednesday.

The programme, which was on the theme: “Deeping Ghana’s democracy through peaceful and credible elections” was organised by the Institute of Economic Affairs (IEA).

He said the 2007 elections in Kenya saw the death of more than 1000 people while 500,000 others were displaced from their homes. Three top Kenyan politicians are presently before the International Criminal Court (ICC) in The Hague accused of crimes against humanity and other international crimes.

Mr Short reminded Ghanaians that only a week ago the former President Laurent Gbagbo of Ivory Cost was transferred to the ICC with charges of crimes against humanity preferred against him for the violence that erupted after his refusal to hand over despite the verdict of the international community that he lost the elections.

He however said as commendable as the code was, its objectives of ensuring that political parties and candidates observed all the rules and regulations relating to the conduct of elections and maintenance of public order would not be achieved unless the provisions were widely publicised, promoted and accepted by party candidates, members and supporters.

He urged the parties to distribute the document through all levels of the various political parties, particularly at the grassroots level and to also educate their followers about the content and the need to abide by the provisions.

He also appealed to party leaders to take concrete steps to disband all vigilante groups and publicly urge their supporters to adhere to the provisions of the code.

Mrs Jean Mensa, Executive Director of the IEA, in a speech read on her behalf, said the launching of the new political parties code of conduct 2012 represented another step forward in the management of Ghana’s electoral process.

She said this is imperative to avoid any major incidents as the country is fast approaching the 2012 general election.

She noted that the political parties had agreed on the code of conduct that was originally adopted in 2004 and reviewed in 2008 to include provisions for an enforcement mechanism to enforce the code and apply sanctions where necessary.

She said the enforcement body was hampered in its mandate to ensure strict adherence to the provisions of the code hence the review to strengthen the enforcement mechanism and give it teeth in order to make its provisions more practical and meaningful.

The Executive Director said the enforcement body under the present code was mandated to sanction parties which do not comply with the code by naming and shaming offending political parties and their supporters.

Mr David Kangah, Deputy Commissioner of the Electoral Commission in charge of Finance and Administration urged the political parties to show commitment and sincerity to the code they had signed to have meaningful effect.

He asked the political parties to reflect on what happened during the 2008 election when parties accused one another of driving their agents away from polling stations and thus preventing them from properly monitoring the elections, which they claimed led to irregularities.

He observed that since then not much has been heard of the issue by way of discussions on and wondered if the political parties are once again waiting for 2012 before they begin to raise such concerns.

He said future discussions should focus on how to ensure that the polling stations are truly free and in an atmosphere conducive for conducting peaceful elections.

Mrs Susan Adu Amankwa, First National Vice Chairperson of the CPP who represented her party expressed similar commitment and pledged to educate the party’s supporters on the code.