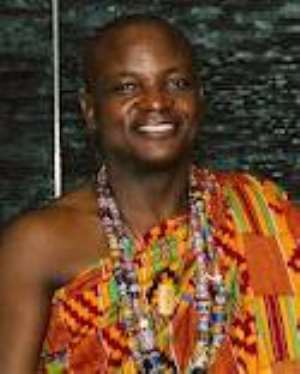 Ho, Dec.7, GNA - The Volta Regional House of Chiefs on Tuesday commended the New Patriotic Party (NPP) in the region for demonstrating “genuine respect” for the House.

“It is significant to note that only the NPP responded to our invitation to all political parties in the region and I think this is a show of genuine respect for the House,” Togbe Afede XIV, President of the Volta Regional House of Chiefs said.

This was at the end- of- year general meeting of the house in Ho on Tuesday.

All political parties were invited for deliberations towards ensuring free, fair and peaceful elections in the region.

Togbe Afede expressed the resolve of the chiefs in the region to be neutral in the 2012 general election and ensure that the process is free, fair and peaceful.

He urged the political parties to tolerate each other and be careful of their utterances.

“You must remember that the tongue moves faster than the brain,” Togbe Afede admonished.

Togbe Kwaku Ayim IV, Paramount Chief of Ziavi also expressed disappointment at the absence of other political parties to the house.

He suggested to the leadership of the house to summon the heads of the political parties before members.

“This is a show of disrespect to the honourable house and the traditional authorities. They must be talked to,” he stressed.

Mr George Kofi Boateng, Regional Secretary of the NPP commended the House for its efforts at developing the region and said that was what the NPP stood for.

He said the NPP would embark on clean and issue-based campaign devoid of personality attacks or trading of insults in the region.

Mr Boateng underscored the important roles chiefs play in ensuring peaceful elections and asked them to support the NPP's call for biometric registration to facilitate the process.

He appealed to voters in the region to vote for competent people committed to the development of the region instead of political parties.