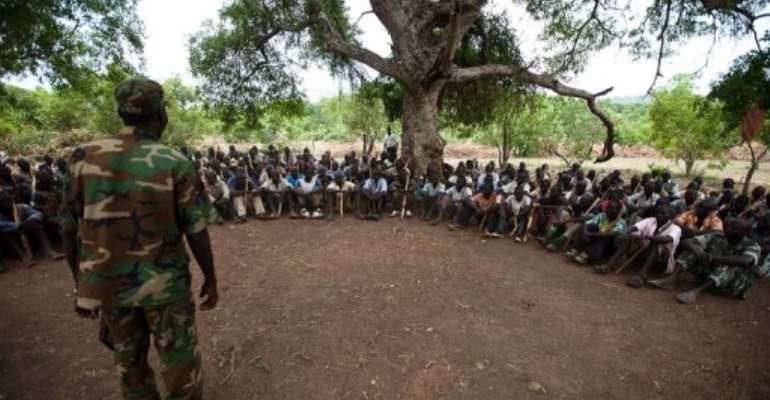 KHARTOUM (AFP) - The Sudanese army claimed a strategic victory on Saturday in its war against the rebels in South Kordofan, saying it captured camps on a key supply route in the southern border region after deadly clashes.

"Today the Sudanese army took control of SPLA camps in the Lake Jau area. The fighting took place at around 4:30 pm (1330 GMT). There were a number of casualties and injured soldiers on both sides," army spokesman Sawarmi Khaled Saad told AFP.

"This is a strategic area because it is a gateway to the south. The SPLA receive their weapons and ammunition and supplies through it," he added.

The conflict in the border state of South Kordofan first erupted in early June, just weeks before the independence of the south, between the Sudanese army and Nuba militiamen who fought alongside the ex-southern rebels during their 22-year conflict with the north.

The fighting has shown no sign of abating, and spread to nearby Blue Nile state in September, as Khartoum moved to assert its authority within its new borders.

The army's claimed victory on Saturday follows days of heavy fighting just north of Jau, a lakeside town on a disputed stretch of the north-south border.

Rebel sources said Sudanese troops attacked SPLA positions in Buram county with heavy artillery and tanks on Wednesday, and that a barrage of army air strikes in the same area killed at least two civilians and badly injured six others.

Khartoum and Juba have repeatedly accused each other of supporting rebels within each other's territories.