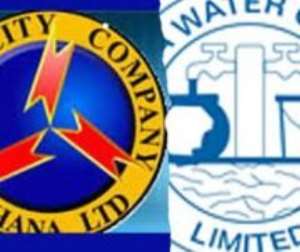 The Public Utilities Regulatory Commission (PURC) has announced adjustment in electricity and water tariffs with effect from December 1, 2011.

While electricity has been increased by three per cent water has been reviewed upwards by 1.07 per cent.

The increases is part of the automatic price adjustment policy announced by the PURC early this year.

A statement signed by the Commissioner of the PURC, Dr E.K. Andah, and issued in Accra Wednesday said in arriving at the decision for the fourth quarter, the PURC took into account factors including the growth in energy consumption for the period averaging 7.5 per cent.

That meant that any additional generation beyond the maximum generation capacity of both Akosombo and Kpong Hydro Power plants would have to be supplied from thermal sources, using light crude oil and natural gas, the statement said.

Other factor which informed the decision to review utility prices, according to the statement, was the fact that the amount of natural gas available for generating electricity through thermal sources had become not only insufficient but also highly erratic in supply

thus bringing about a dependency on light crude oil for thermal generation.

Additionally,it said the increasing trend in the world market price of crude oil and changes in the Ghana Cedi-US Dollar exchange rate was also taken into consideration.

The statement requested the Electricity Company of Ghana (ECG), the Northern Electricity Distribution Company (NEDCo) and the Ghana Water Company Limited (GWCL) to take note that electricity and water consumed in November, 2011 but which fell within the December, 2011 billing cycle should not be charged at the new rates.

The next adjust is expected to be announced in February, 2012.