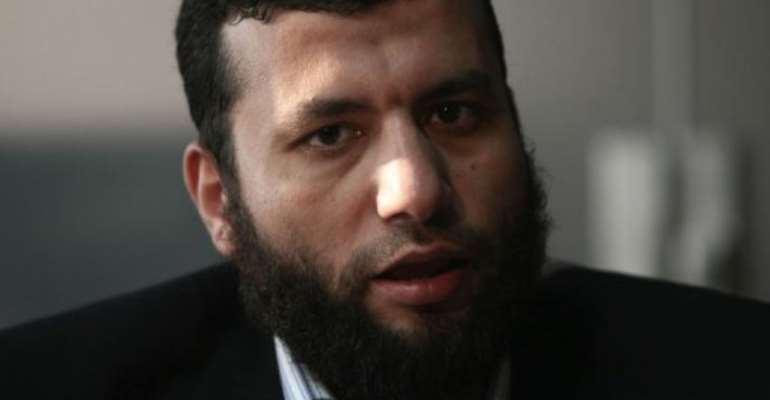 The Salafis, who mostly eschewed politics during Mubarak's rule, are predicted to win second place after the more moderate Islamist Muslim Brotherhood in the first round of parliamentary elections.

The surprise showing by the fundamentalists comes at a time of heightened sectarian tensions followers of Salafi Islam have been blamed for stoking.

Salafis, who advocate a strict interpretation of Islamic law, were blamed for bloody clashes around a Cairo church in May that killed 15 people, and attacks on the shrines of Sufis, an esoteric brand of Islam.

A spokesman for the leading Salafi Al-Nur party told AFP Thursday that neither Christians nor liberal Muslims have anything to fear from his group, which he says will focus on improving all Egyptians' lives.

"We are talking about a state that was under Islamic law for 1,300 years," said Mohammed Nour, explaining that the orthodox Coptic Christian community estimated today at eight million had thrived during this period.

"Touching one hair on a Copt's head violates our programme," he said.

"The results in these elections are the best response (to such fears), despite a campaign of fear-mongering and slander in the past 10 months. A large part of the public trusts us," he said.

"The results show people were unconvinced by the defamation campaign conducted by the liberals. They chose Islam," said Darballah, whose movement's political party joined a coalition with Al-Nur.

"It shows Islamic movements are here, and the people trust them," he said.

Nour, the owner of a company that produces iPhone applications, says Egypt's Salafi movement had lain dormant during three decades of Mubarak's rule, which ended in February with a popular uprising.

"We were not present (during Mubarak's era) because (politics) was not our way to bring about change, and the political situation was depressing and discouraging," he said.

Islamist parties have circumvented a law that bans religious parties by not overtly espousing an Islamist state in their party programme.

Nour says the party will work to better standards of living in the country, where widespread complaints of poverty fuelled the revolt against Mubarak, rather than on implementing a strict interpretation of Islamic law.

"Egyptians agree that the reference is the koran and Sunnah (prophetic sayings and traditions)," he said, adding that "interpretations may differ" on how to apply Islamic law known as Sharia.

He dismissed fears raised in the media that they might try to ban alcohol.

"Maybe 20,000 out of 80 million Egyptians drink alcohol," he said. "Forty million don't have sanitary water. Do you think that, in parliament, I'll busy myself with people who don't have water, or people who get drunk?"

Such priorities could illustrate how political involvement will force them to compromise, although Nour insists his party will hold fast to its "values."

Prior to the elections, opponents of Salafis circulated an interview with one of the party's most prominent candidates in which he said democracy was "blasphemy," a remark Nour insists was taken out of context.

He says they seek a democracy and new constitution that recognises that sovereignty ultimately flows from God, not a "Greek philosophy" adopted in the West.

The issue of Islamic law spurred him and other Salafi parties to rally their forces for the election.

Darballah says that the country's new constitution, to be written once parliamentary elections finish in March, should "preserve Islamic identity and preserve the rights of non-Muslims."