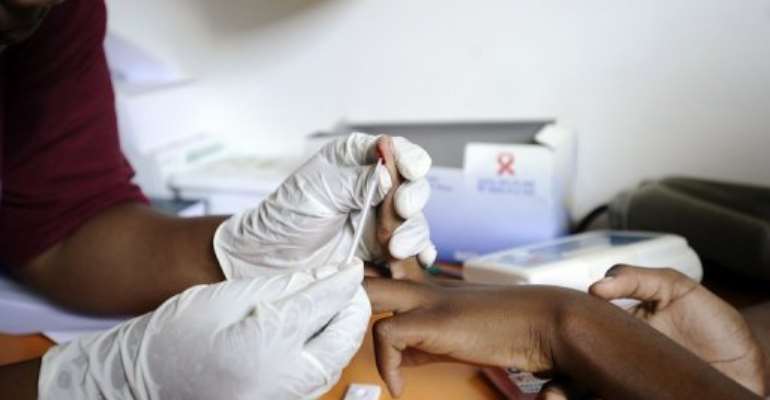 South Africa has 5.6 million people with HIV, in a population of 50 million. By Stephane de Sakutin (AFP)

JOHANNESBURG (AFP) - President Jacob Zuma on Thursday unveiled a plan to halve the number of HIV infections over the next five years, cementing South Africa's turnaround from years of deadly denialism.

The five-year plan is the first drafted since the 2008 departure of president Thabo Mbeki and his health minister Manto Tshabalala-Msimang, known as Dr Beetroot for advocating vegetables rather medication to treat AIDS.

Since taking office in 2009, Zuma has dramatically expanded South Africa's AIDS treatment programme, which is the largest in the world with 1.3 million people receiving medication.

"We are steadily overcoming fear and confusion. We have overcome divisions. We have stopped making HIV and AIDS a battlefield on which to fight one another," Zuma said in a speech in the southern city of Port Elizabeth.

The new plan calls for stepped-up prevention efforts to halve new infections of HIV and tuberculosis by 2016 and to put 80 percent of eligible patients on anti-retroviral drugs to fight AIDS.

South Africa has 5.6 million people with HIV, in a population of 50 million, and the expanded treatment has already made gains in combating the epidemic.

The number of mothers who transmit HIV to their babies during childbirth has plunged, while the rate of new infections dropped by 22 percent during the last decade, with mortality dropping at a similar pace.

Zuma made no mention of what the new plan will cost, but local media put the price tag at 131 billion rands ($16 billion, 12 billion euros).