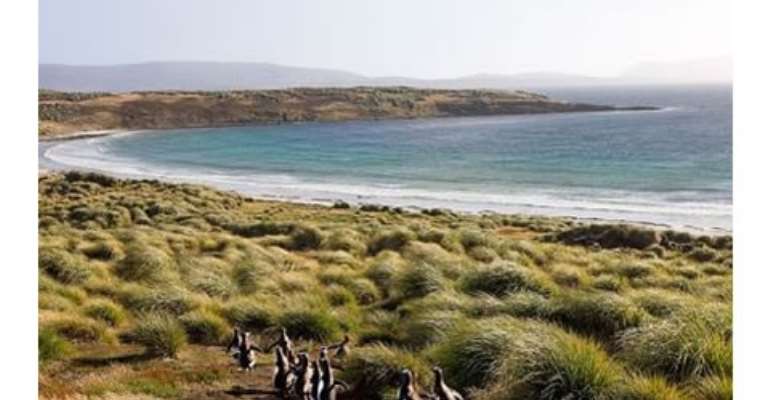 Head to Chicama in northern Peru to surf the longest wave in the world. (Christian Aslund/LPI)

Peru is one of the best places on earth to surf. Its 1,000km coastline receives consistent Pacific swell, and away from the grey sea fog that shrouds the south coast for most of the year, Peru's north coast bathes in near-endless desert sun. Combine surf and sunshine with sparse beaches, stylish places to stay and heavenly seafood, and you have all the makings of a relaxed beach holiday, whether that involves catching any waves or not. And if you manage to tear yourself away from the beach lounger, there is plenty of ancient archaeology to immerse yourself in. Here is a roundup of the top spots to visit on Peru's north coast:

Huanchaco
Peru is probably the first place that people ever surfed. Stroll the beach at Huanchaco, 560km north of Lima, and you will see the one-man boats still used by fishermen, called little reed “horses” or caballitos de totora. When the day's catch is done, fishermen surf home astride their caballitos, just as depicted in 3,000-year-old pottery vessels found nearby. Today, for a few soles, they will gladly take a passenger out for a spot of fishing or surfing – and then you can try the local catch in one of the tiny seafood restaurants that line the beachfront.

Las Pocitas
The rowdy surf-and-party hangout of Mancora, 1,200km north of Lima, is no great hideaway, but the beaches that stretch to the south of it offer beach-holiday perfection. At Las Pocitas, strolling distance from Mancora, stay at the ultra-hip Hotel DCO, which feels like stepping into a style magazine; or try the laid back Casa de Playa, which has a fine seafood restaurant for your daily ceviche. You will be offered cocktails under palm trees and sunset horse rides on the beach, while there are rock pools to explore and surfing or kitesurfing lessons on offer for the kids.

Vichayito, Los Organos and Punta Veleros
Six to 10km further south of Las Pocitas stretch the fishing settlements of Vichayito, Los Organos and Punta Veleros, laid out between sandy beaches and dry hills. Quieter than Las Pocitas, they are great destinations for families, as most accommodations have gorgeous pools for kids who are not yet ocean swimmers. For some visitors, the surf breaks at Punta Veleros are the attraction, or there are plenty of other water sports on offer, including wind surfing, kite surfing, snorkelling and diving. Off the water there is horse riding, plus walking and bird watching at nearby El Encanto mountain, or you can find pure relaxation at Spa Origenes . Soleil Bungalows is a top place to stay here.

Punta Sal
Just north of Mancora is Punta Sal, with an often-calm sea and inviting beach favoured by families. Base yourself at the upmarket Punta Sal Club Hotel and range north to visit Caleta de la Cruz de Pizarro, where Francisco Pizarro and his conquistadores landed in 1535. The deep waters off Punta Sal are also known for game fishing; try your hand at landing a marlin, tuna, wahoo or dorado.

Cabo Blanco
Hemingway fished here, and the giant black marlin that were caught at Cabo Blanco in the 1950s are said to have inspired the book The Old Man and the Sea. A few deep-sea boats still operate here, catching black and striped marlin, mahi mahi and tuna, but it is mostly a commercial fleet now. From November to January, Cabo Blanco spawns a perfect pipeline wave – for experienced surfers only.

Chicama
This is the home of the longest wave in the world - up to one mile long and known for its speed, cleanness and all round exhilaration. Chicama is about 80km north of Huanchaco, set in incredibly arid desert landscape. Hire a board (and stay) at Chicama Surf Hotel and Spa. Non-surfers could happily hang out poolside here too. If you get bored, there are plenty of nearby ancient ruins to explore.

The north coast of Peru is intensely rich in pre-Colombian archaeology – much of it easily reached from the colonial north coast town of Trujillo. The Chimu ruin Chan Chan was the largest pre-Colombian city in South America, while the Huaca del Sol and Huaca de la Luna (Temples of the Sun and the Moon) are from the earlier Moche culture. The recently excavated tomb at Sipan contained copious amounts of Moche gold treasure, and a new museum at the site known as El Brujo makes this valuable ruin doubly worth visiting. Multi-lingual guides will explain what all these fascinating places meant. Visit before they dissolve further in more violent El Niño downpours.