Government development agenda is too little and too slow 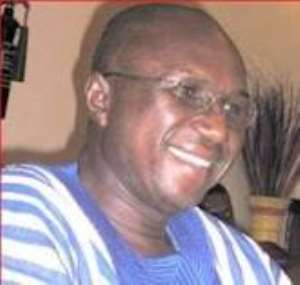 Nandom, (U/W), Nov. 29, GNA – Mr. Ambrose Dery, Deputy Minority Leader in Parliament, has described the Government's development agenda, particularly, in the three Northern Regions, “as too little and too slow” towards bridging the development gap between the North and the South.

Mr. Dery, who is also the Member of Parliament (MP) for the Lawra-Nandom Constituency in the Upper West Region, said even though the 2012 budget had promised GH¢30 million for the Savannah Accelerated Development Authority (SADA) the Government's lack of commitment to the development of the North could still hamper the operations of SADA.

The Deputy Minority Leader said this at a ceremony to climax the 23rd edition of the “Kakube” Festival of the Chiefs and people of the Nandom Traditional Area in Nandom in the Lawra District of the Upper West Region.

“Kakube” is an agricultural festival which is celebrated annually at the end of the farming season to thank God and the ancestors for a good harvest and pray for a better harvest in the following year if the passing year recorded a poor harvest.

Mr. Dery said this lack of commitment towards the development of the North had become evident as the Mills-Mahama led Administration was looking for GH¢1.5 billion to construct affordable houses under the STX Deal and another GH¢1.8 billion for the Western Corridor Projects but had failed to also take the critical measures to source the necessary funds for SADA.

He, therefore, urged the people of the North to throw their weight behind the New Patriotic Party (NPP) as it was the only party committed to bridging the development gap between the North and the South.

The MP also cautioned the government not to capitalize on the creation of the new Nandom District to score cheap political points, stating that, the creation of the district was a collective effort of the entire citizenry of the Nandom Traditional Area.

However, Mr. Abu Kansangbata, the Nadowli District Chief Executive, (DCE) and a Member of the NDC's National Communication Team, described the Deputy Minority Leader's comments as “unfortunate and unwarranted.”

Mr. Kansangbata said the festival was meant to make peace and unite the people for accelerated development and not a political platform to spread lies to score cheap political points.

The DCE said the government had done a lot for the people of the North and mentioned the expansion of education and health infrastructure, mechanization of agriculture and extension of electricity to 400 communities in the Upper West Region, as well as 500 communities each in the Upper East Northern Regions.

Dr. Benjamin Kumbour, the Interior Minister and former MP for Lawra-Nandom Constituency, advised the people to use the festival to foster peace and unity among themselves and not allow anything, including politics to divide them.

He urged the chiefs and people of the area to endeavour to create a platform to bring political party aspirants together to tell them what they and their political parties did and intended to do for them to enable them make informed choices.