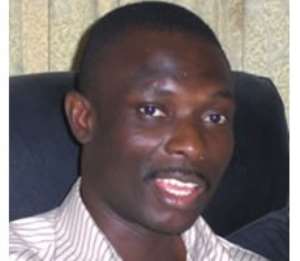 The High Court in Accra has declared as illegal, the ex-refinery differential component of the ex-pump prices of petroleum products and ordered the National Petroleum Authority (NPA) and the Tema Oil Refinery (TOR) to stop its imposition with immediate effect.

The decision by the court followed an application by former New Patriotic Party's Communications Director, Kwaku Kwarteng and his Development Data (DD) policy research and advocacy organization, seeking to outlaw the tax component imposed on June 5, 2009 by the NPA.

After the ruling by the court presided by Justice Patrick Bayerh, Kwarteng told Myjoyonline.com he expects fuel prices to be reduced and that the court's order was for “an immediate abolition of the illegal imposition.”

“The court granted all the reliefs we sought and that includes the fact that immediately that imposition is abolished. If it is abolished it means that from tomorrow it cannot be part of the fuel prices.”

The NPA and TOR were also ordered to publicly declare the amount of money accrued from the imposition of the illegal “ex-refinery differential” and to pay same into the Consolidated Fund within four months.

Reliefs sought by plaintiffs were for:
a) A Declaration that the “ex-refinery differential” component of the “exrefinery price” imposed by the 1st Defendant on 5th June 2009 was illegal.

b) A Declaration that the ex-pump prices announced by the 1st Defendant on 5th June 2009 on the basis of the “ex-refinery prices” referred to in (a) above, were not in accordance with the prescribed petroleum pricing formula and therefore unlawful.

c) An Order for the 2nd Defendant to cease the collection of the illegal “exrefinery differential” for 1st Defendant.

d) An Order directed at the 1st and 2nd Defendants to publicly declare the amount of money accrued from the imposition of the illegal “ex-refinery differential” and to pay same into the Consolidated Fund.

e) An Order for the 1st Defendant to publish periodically in the Gazette import parity prices of refined petroleum products.

f) An Order of perpetual injunction restraining the 1st Defendant from imposing the exploitative “ex-refinery differential”.

The plaintiffs had in a writ filed before the court argued that the NPA was per the imposition, exploiting consumers and petroleum service providers, the very people whose interest it had a statutory duty to protect under the National Petroleum Authority Act, 2005 (Act 691).

The writ said in order to conceal from the public, the illegal price top-ups emanating from the extraneous “ex-refinery differential” element in the true prescribed petroleum pricing formula, and to unjustifiably profit from it, the NPA by a confidential letter dated 5th June 2009, directed the Tema Oil Refinery to pay the differences between the true ex-refinery prices and false ex-refinery prices into the NPA's bank accounts.