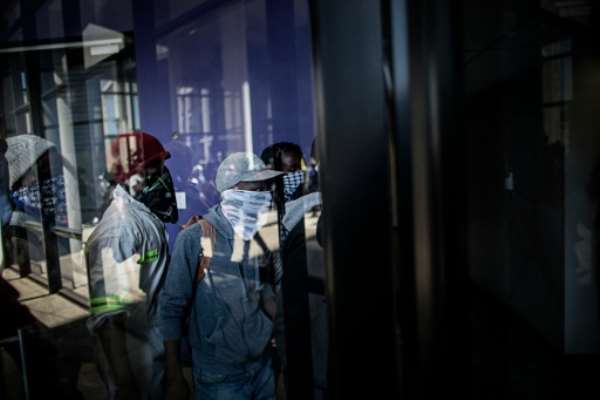 Johannesburg (AFP) - Student protesters at South Africa's prestigious Wits University forced their way into lecture halls and caused many lessons to be abandoned Monday, ratcheting up pressure in a battle over tuition fees.

Violent clashes with police have erupted regularly on campuses across the country in recent months, and several universities have been closed to avoid further unrest.

"The majority of lectures resumed this morning but were then disrupted by large groups of protesters," the university said in a statement.

"The police are present and security has been deployed to manage the situation."

University tuition fees have become a flashpoint for protests in South Africa, which has struggled to provide education, jobs and housing for many poor black people since the end of apartheid in 1994.

The government has vowed to help all students from poorer families over fees, but the protesters are demanding free education.

"Essentially what they are saying is if there is no free education, there should be no education at all," Wits rector Adam Habib said last week, adding that the whole 2016 academic year could be lost.

University authorities say many students want to return to class and that the protests do not represent the majority of undergraduates.

President Jacob Zuma has said he supports introducing free education, but has condemned protesters who forced universities to shut down or who vandalised campuses.

Universities in Pretoria, Cape Town and Durban have also been hit by protests and closures.