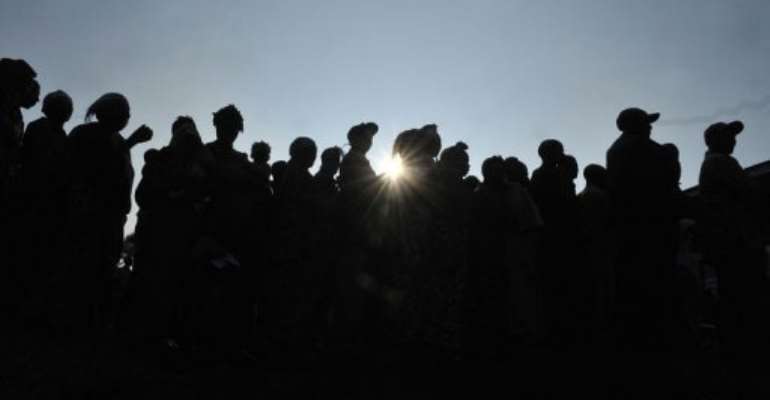 Opposition leader Etienne Tshisekedi and thousands of his supporters were blocked from a polling station Monday. By Simon Maina (AFP)

KINSHASA (AFP) - Police blocked opposition leader Etienne Tshisekedi and thousands of his supporters on a main road in Kinshasa as the presidential candidate went to cast his vote Monday, AFP photographers said.

After making a U-turn in his gray four-by-four, Tshisekedi was able to go to vote in another polling station, the Lumumba Institute school, before some 150 riot police and two armored police trucks arrived.

"Of course I'm going to win the elections," Tshisekedi told journalists as he left the school after casting his ballot.

What Will The Publication Of 260-Page Cocoa Road Audit Repor...
26 minutes ago