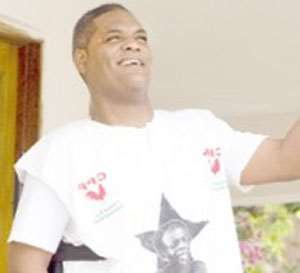 There is raging controversy in the Convention People's Party (CPP) over a proposed National Executive Council (NEC) meeting slated for Wednesday, 30th November 2011.

The meeting was said to have been called by a faceless group claiming that it had secured one third of NEC members, and had therefore scheduled a NEC meeting at the Du Bois Centre in Accra without the approval of the leadership of the party.

But the party says it cannot hold any NEC meeting and warns its members to take note accordingly.

According to CPP General Secretary, Ivor Kobina Greenstreet, the call for the NEC meeting was unconstitutional and therefore nobody could stampede the party in holding such meeting when the laid down procedures had not been followed.

According to Mr Greenstreet, the party received an unsigned and undated request for the meeting but it fell short of party provisions.

'For the avoidance of doubt, NEC is a formal meeting of the party. It is the party that calls for such a meeting at the request of, in this instance, one third of the membership of NEC.

'The party needs to see the signatories to the request, undergo verification and give notice of the meeting through proper procedure. Failure to follow due process will render the entire process null and void ab initio.

He said the CPP needed time to organise itself in the polling stations as well as at the constituency level to make the party vibrant, calling on the rank and file to exercise restraint.

Bright Akwetey had hinted that the purported NEC meeting was an attempt to undermine the new executive under the leadership of Samia Yaaba Nkrumah.

'The leadership has uncovered a nefarious machination of certain faceless party members with outside collaborators to pull together signatures from a section of the party members across the country to force the leadership to organise an early congress.

'Constituency and regional executives have been approached by the group to sign a petition which will also compel the national leadership to hold an extra-ordinary session to fix the national delegates congress before the close of the month to elect a flagbearer,' Mr Akwetey, CPP Legal Advisor, told the GNA .

He said the party should ignore such dubious characters with questionable loyalty to the party whose only objective was to destabilise the party for personal gains.

'They are out to use CPP to promote their personal interest to the detriment of the collective interest of the rank and file.

'All loyal leaders of the party at the constituency, regional and national levels should unite firmly behind the current leadership to manage the affairs of the party…what they need now is support and not attack,' he added.

On the legality of fixing a national delegates' congress to elect a flag-bearer in 2012, Mr Akwetey noted, 'The previous leadership under Ladi Nylander originally fixed six-month interval between the election of national leaders and the holding of primaries for election of a flagbearer.

'Unfortunately, due to operational hiccups, the congress was changed several times from April until finally it came on in September. The current leadership has been in office barely two months…we cannot blame them for the inability of the party to organise a congress to elect a flagbearer this year.

'If the party was patient enough for the Nylander administration to postpone the national delegates' congress to elect national leaders from April to September, they should exercise the same restraint for the current leadership'.