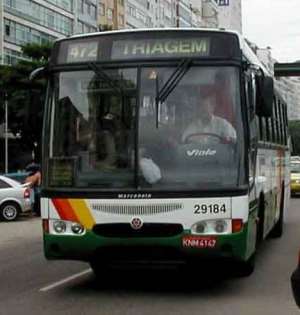 Accra, Nov. 27, GNA- Vice President John Dramani Mahama has announced that the Government would soon take delivery of 200 Marcopolo buses from Brazil to beef up the transport system in the nation's cities.

Apart from that, government was also working out modalities with the Marcopolo transport giants to establish their assembling plant in the country.

Vice President Mahama announced this when Mr Antonio de Aguitar Patriota, Brazilian Minister of Foreign Affairs, called on him at the Airport Jubilee Lounge in Accra.

The Minister who was in Ghana to explore areas of cooperation with the Government and the Business community, also discussed with the Vice President some of the agreements they had signed over the years.

Vice President said the establishment of the Marcopolo Assembling Plant in Ghana would not only produce for the Ghanaian market, but could serve the West African sub-region and create jobs for more people in the country.

He said the Government was also holding discussions with the Brazilian government to establish a sickle cell disease centre with expertise from Brazil and gave the assurance that government would make the necessary follow-ups to ensure the materialization of the programme.

Mr Patriota commended the Government and people of Ghana for the sustenance of peace over the years.

He said Brazilians were interested in doing business with peaceful countries, and that Ghana would be a destination of Brazilian investment in the coming years.